Perfection. Easy to convey in a photograph, but slightly trickier when it comes to finding the right words. Bear with me while I try.

Despite my better judgement – and historical evidence that would suggest otherwise – I really, really tried not to get excited about our most recent visit to La Colombe beforehand. Not because I didn’t think it would be exceptional, but because I didn’t know how they’d be able to outdo themselves yet again. 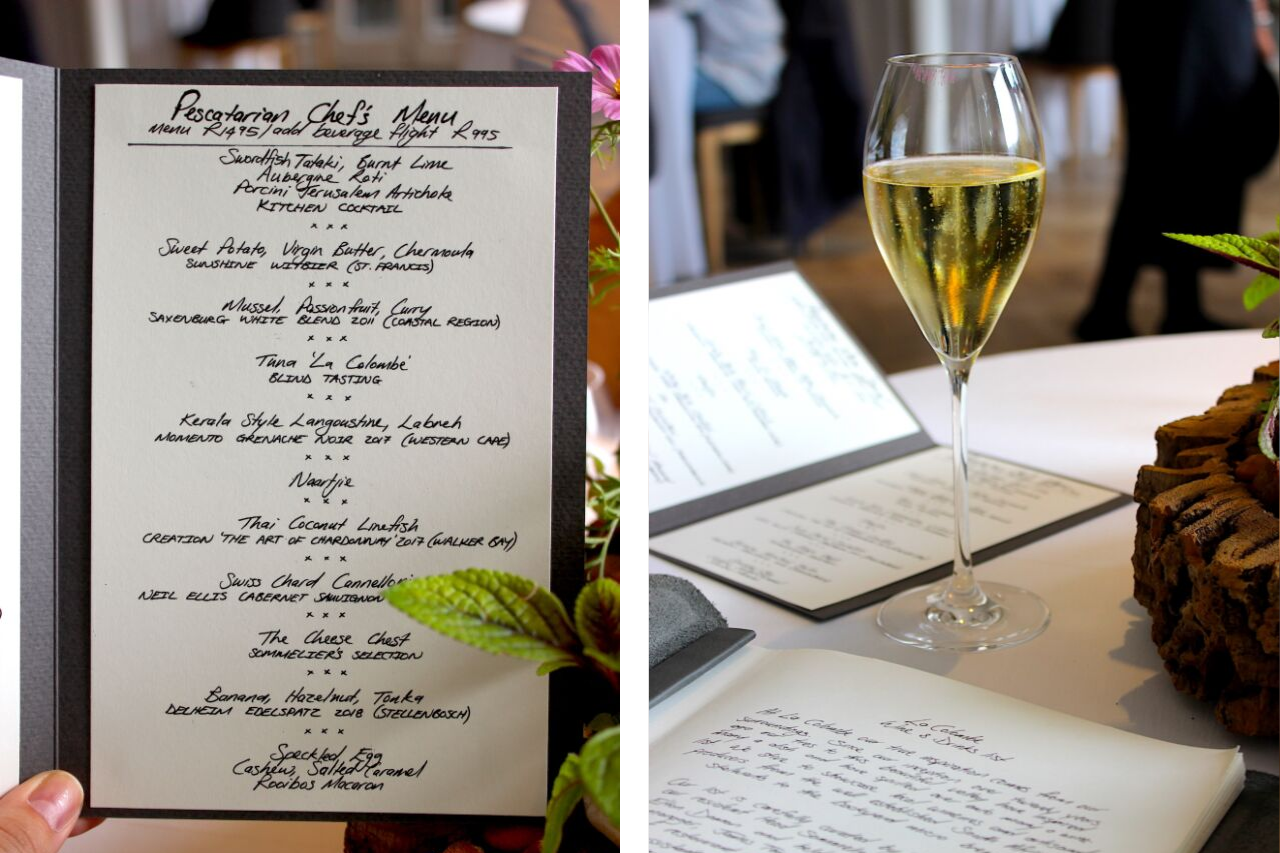 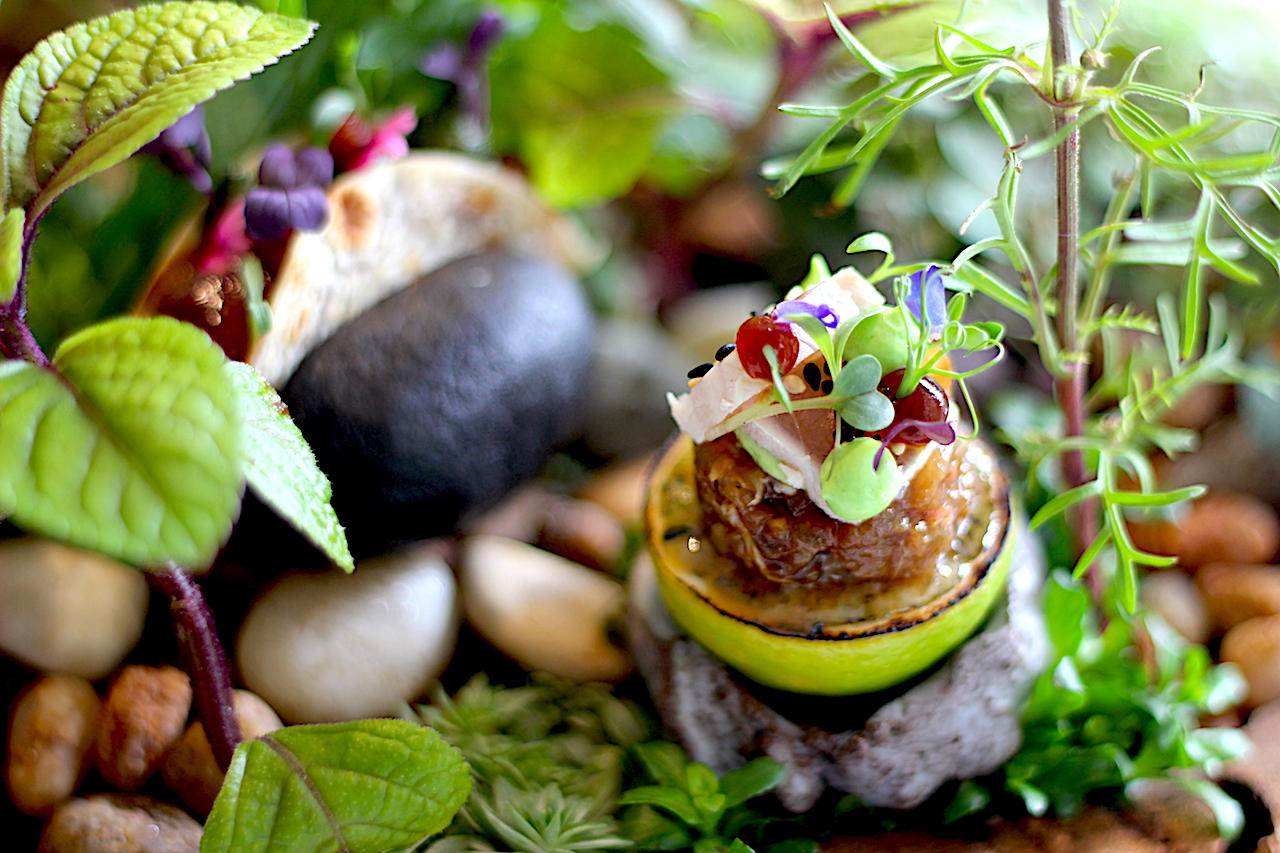 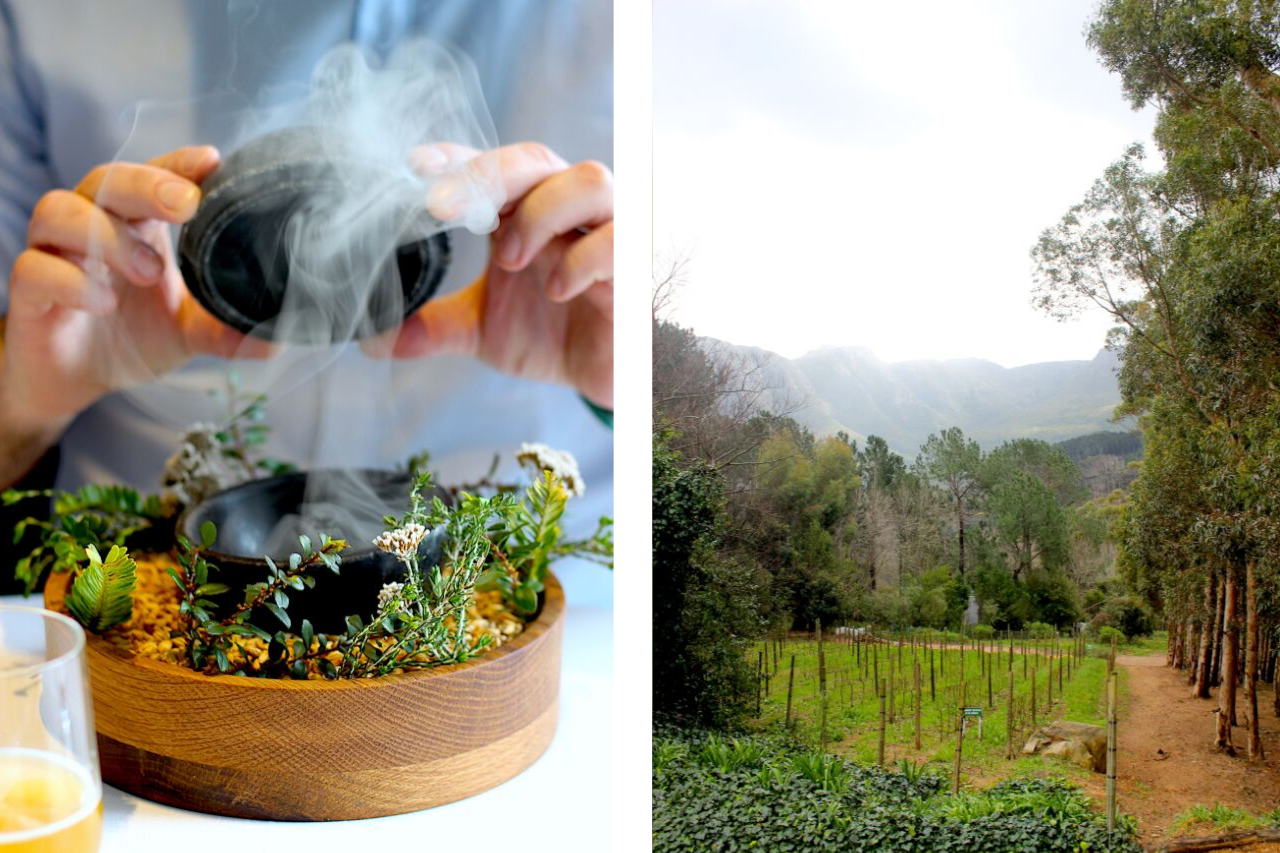 Yes, I am without question a fan. Obsessively so. I can – and do – wax lyrical about the restaurant and team to whoever will allow me to. But, I do so because they are truly exceptional. The team has heightened my expectations so much that every year I’m a little nervous when I visit, with the thought of “will this be the visit where they’re only just as good as last time – and not better” lingering in my head. And, five years of visits behind me – I don’t know how they do it – I am still blown away.

Now that we’ve worked through that, let’s get onto the food. We were given the option of indulging in the full chef’s menu, and obviously could not turn the opportunity down. So, what followed was 11 courses of pure culinary delight, and about six hours of awe and wonder – not because the service was anything short of perfect, but because we’re particularly chatty, gushy guests.

I’ll take you through the briefest of highlight reels – mostly because I feel there are certain elements of the meal that need to remain a surprise, and sharing them here will detract from the experience – which, I could not do in good conscience.

Inspired by the chefs’ recent travels to Mexico, we started with a garden of kitchen snacks, which included aubergine roti with miso salsa verde, charred lime with swordfish tartare and porcini biscuit and parfait – paired with a passion fruit margarita with Mezcal – and goodness, the joy was palpable as it arrived at the table. 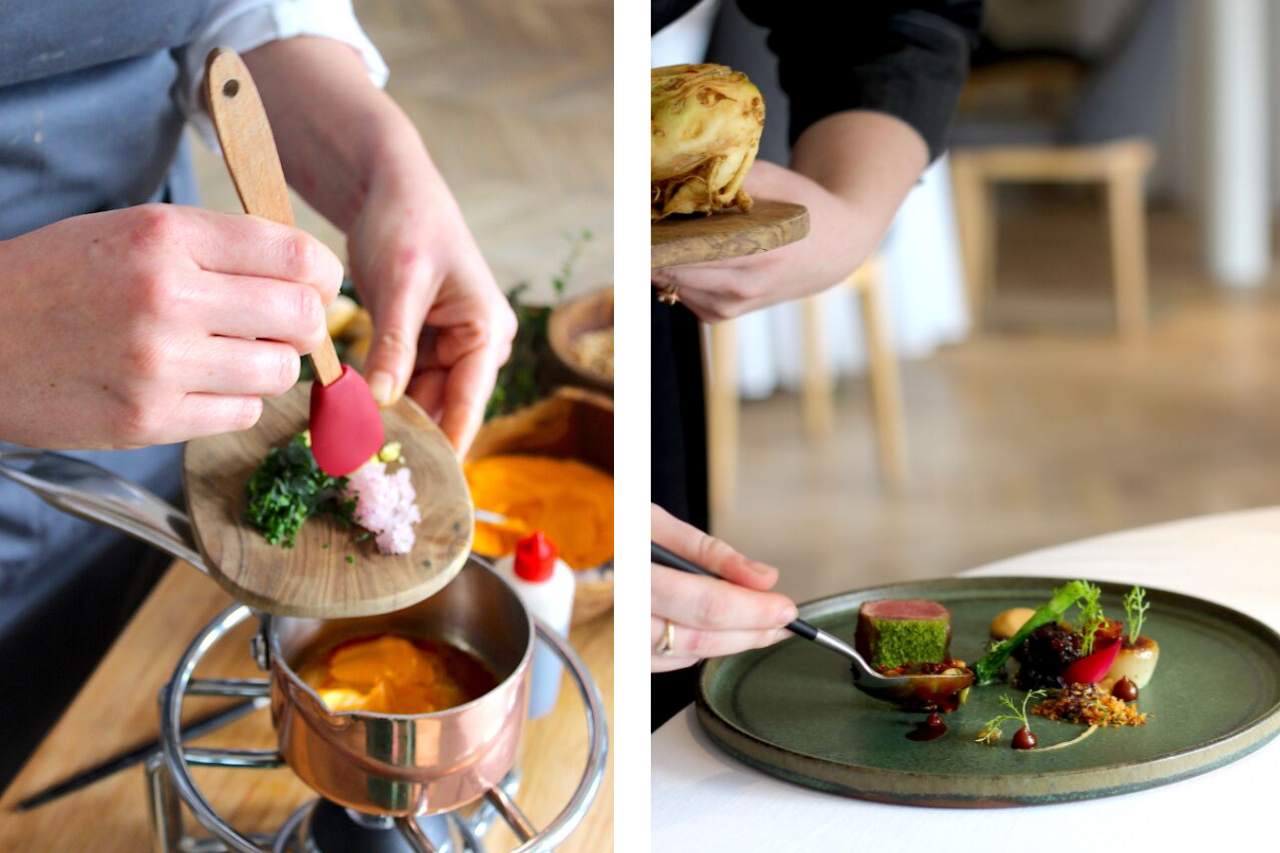 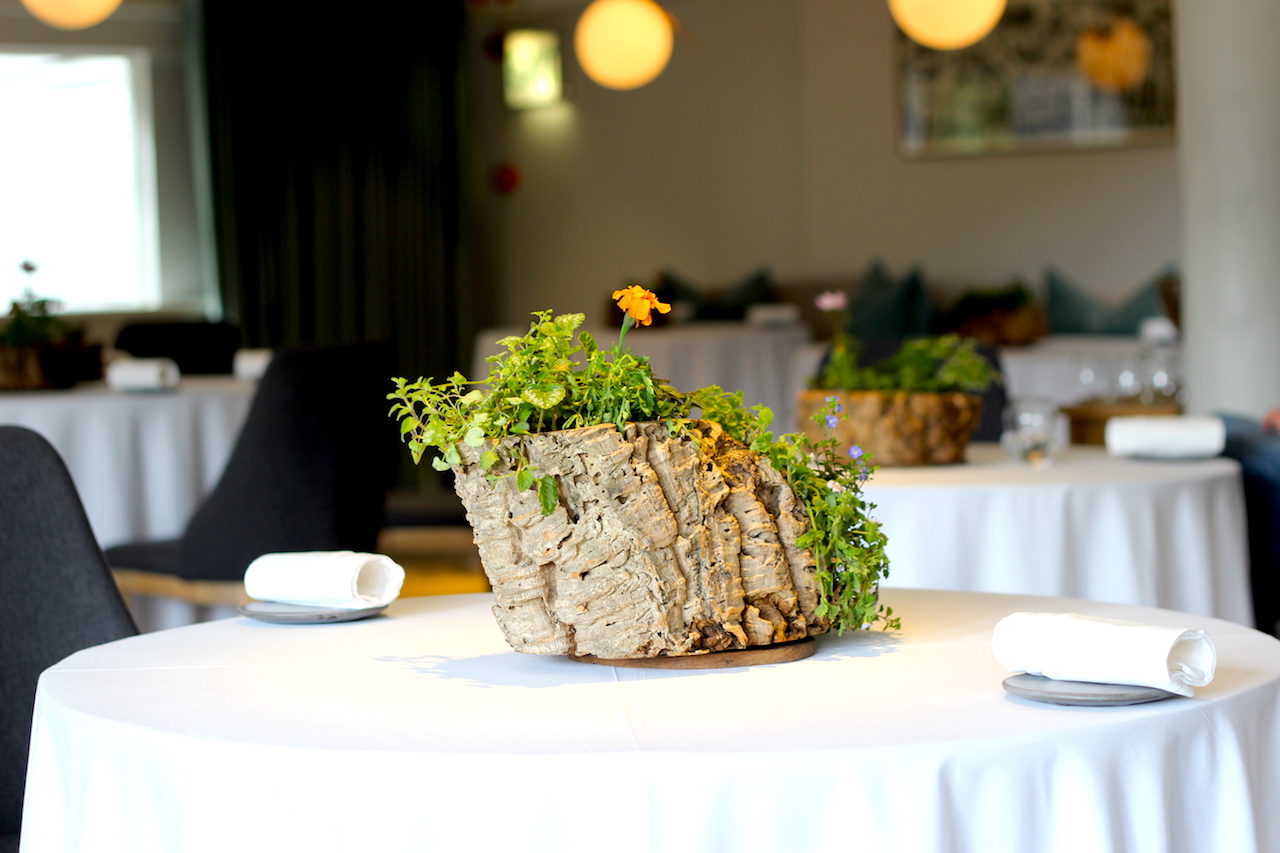 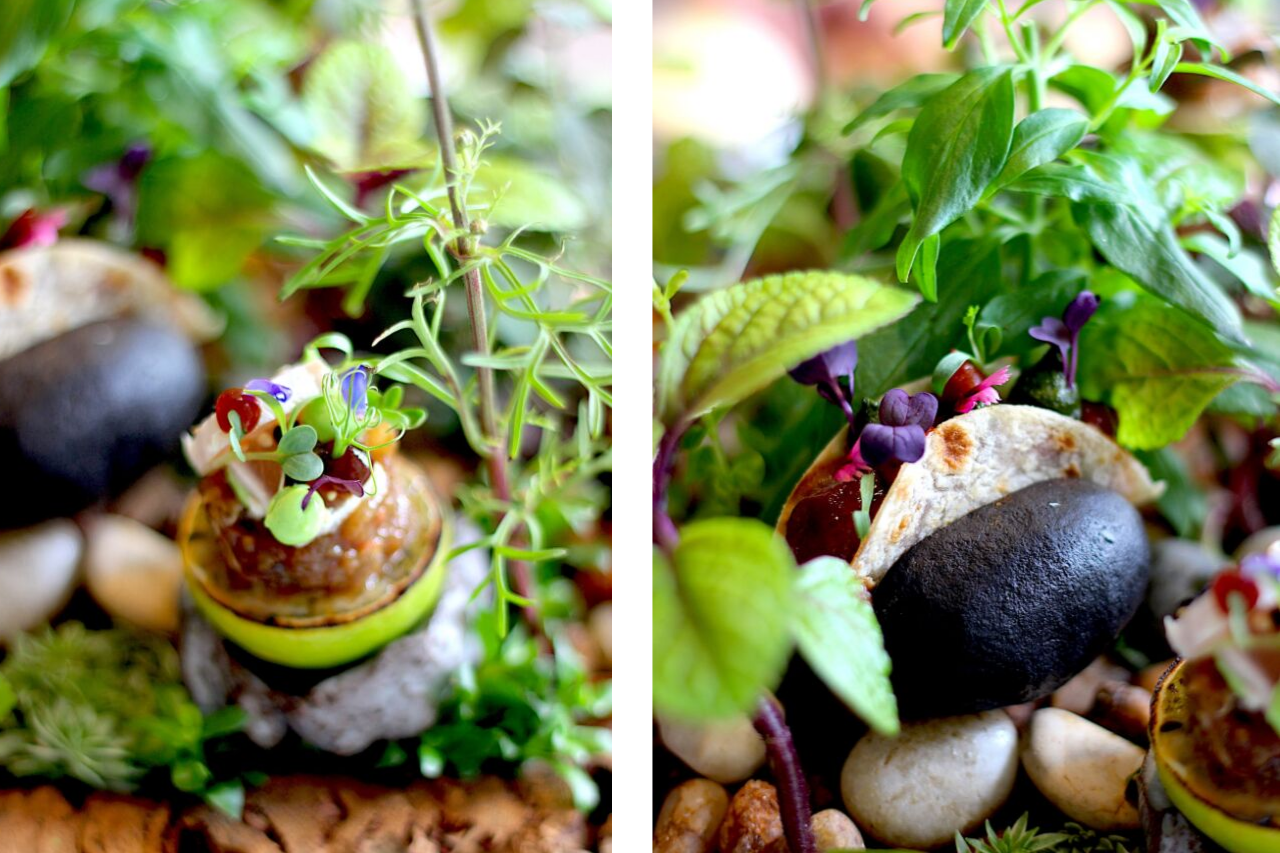 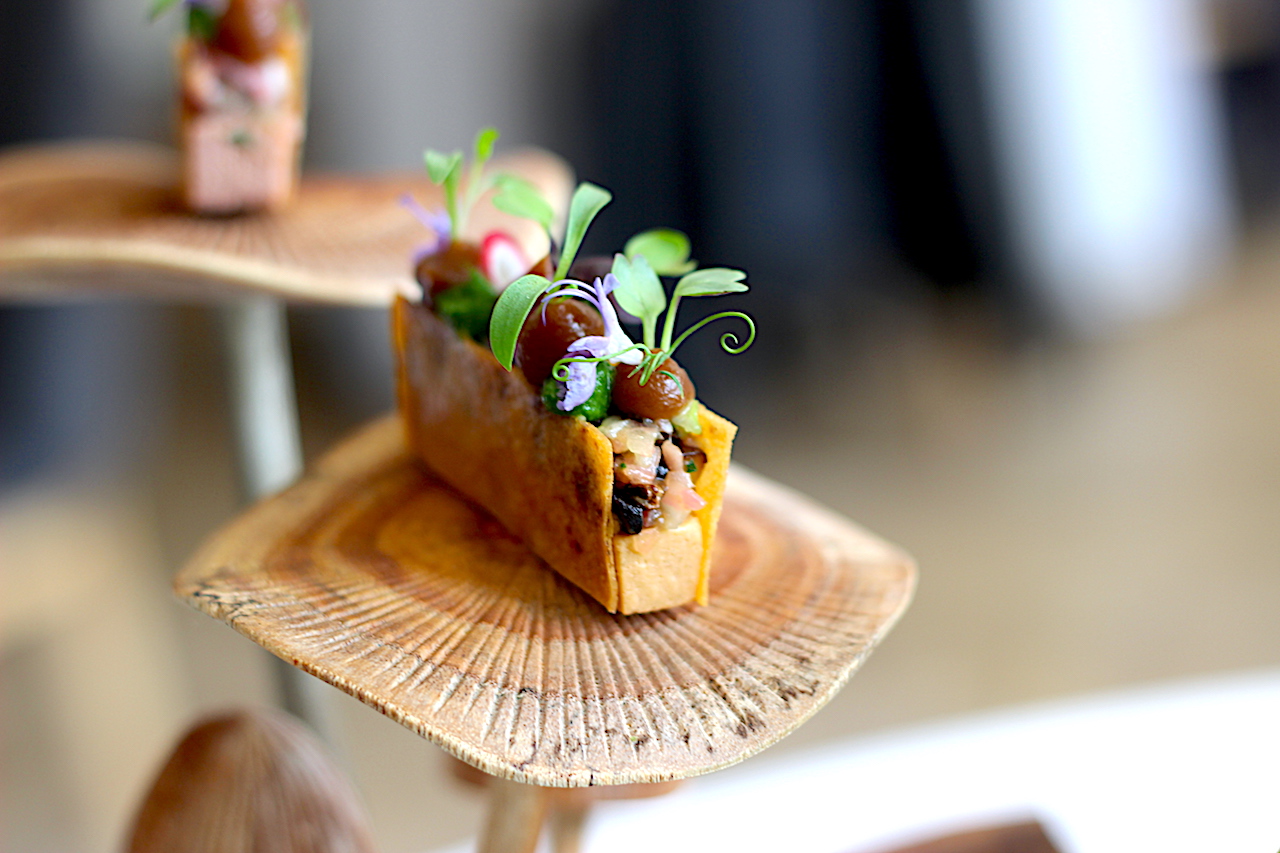 There were no lowlights, only varying degrees of utter delight – and, that swordfish tartare was definitely up there in terms of dishes and flavours I’ll think back to, longingly. If I could have chewed my way through the charred lime too, I would have.

The bread course was no mere afterthought, and included a new element that I won’t ruin for you here – but, just know that Luke and I could have left after bread – two courses down – joyfully, and considered it a fantastic lunch. The bar was set that high, that early on in the meal. 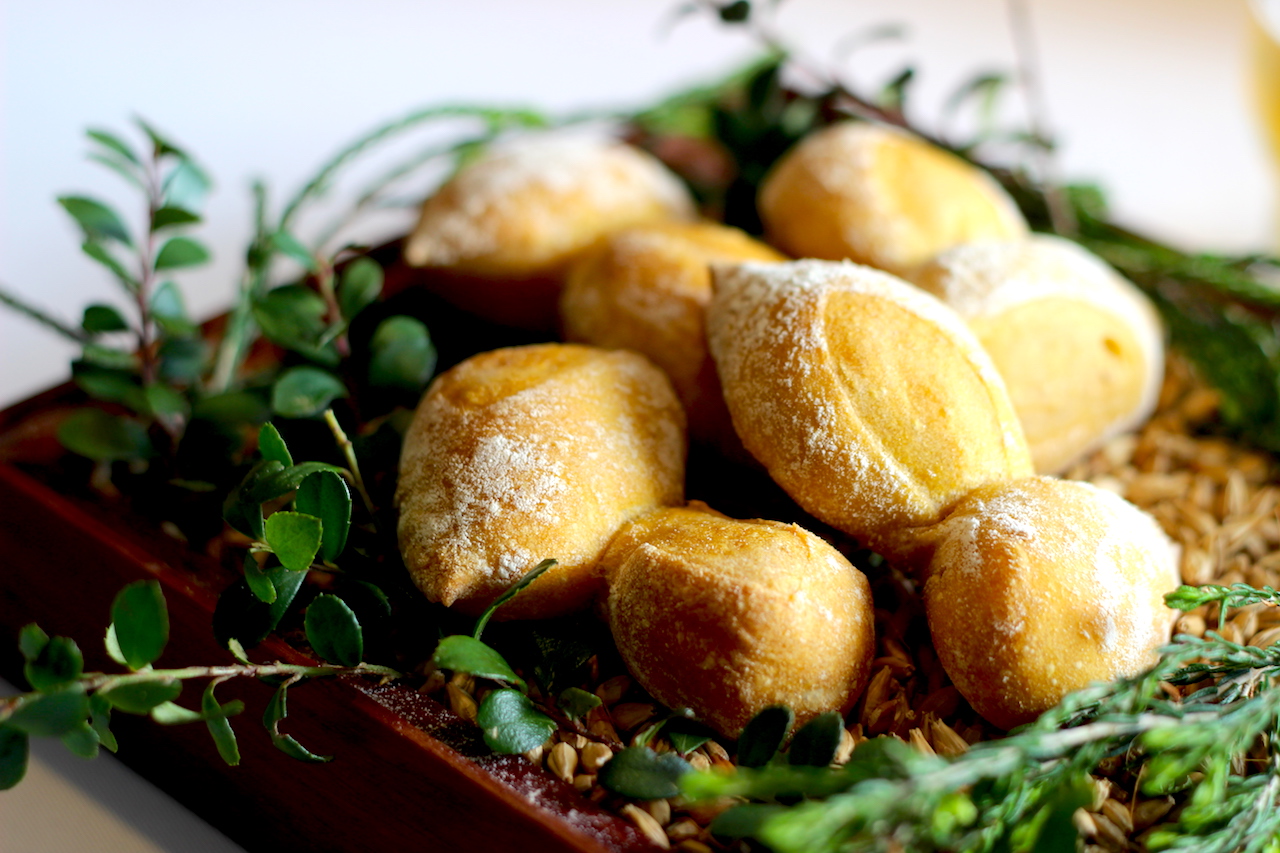 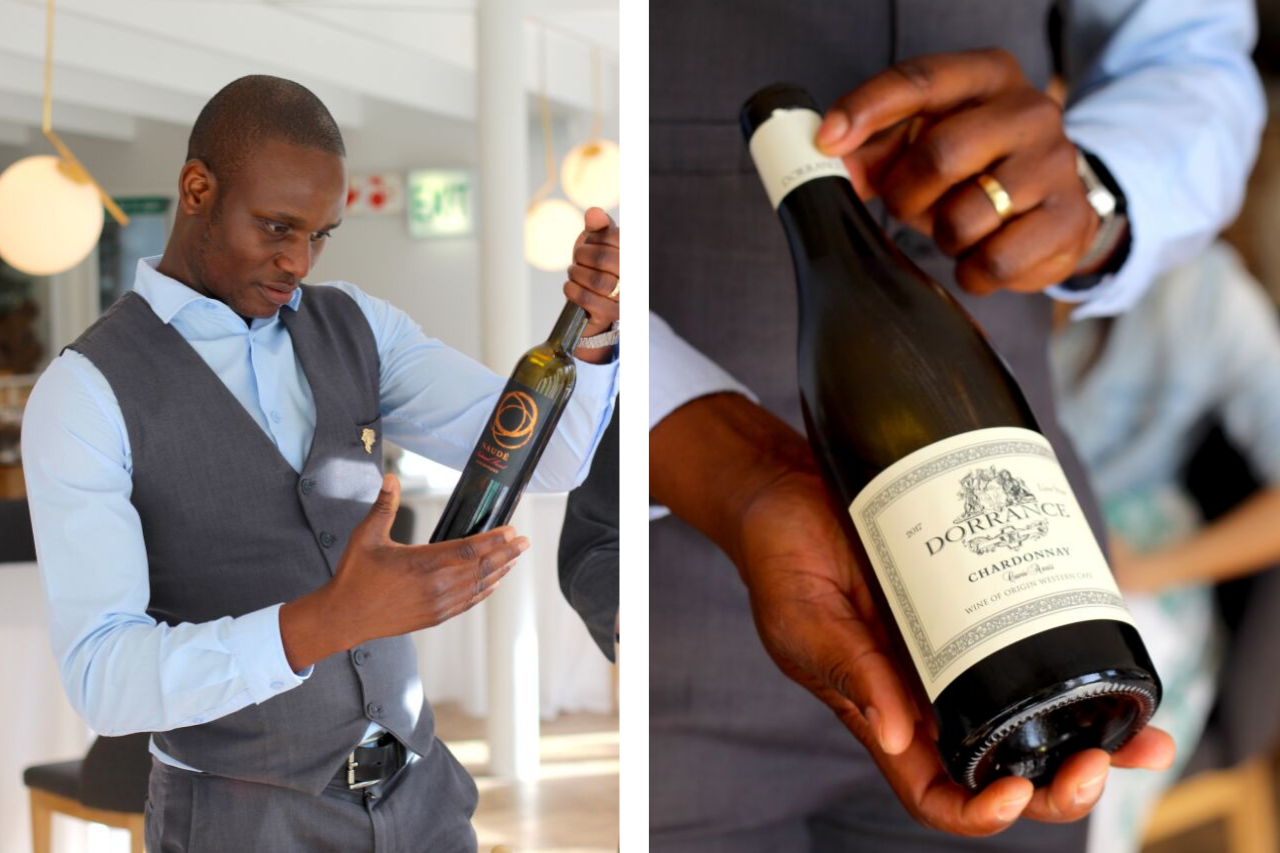 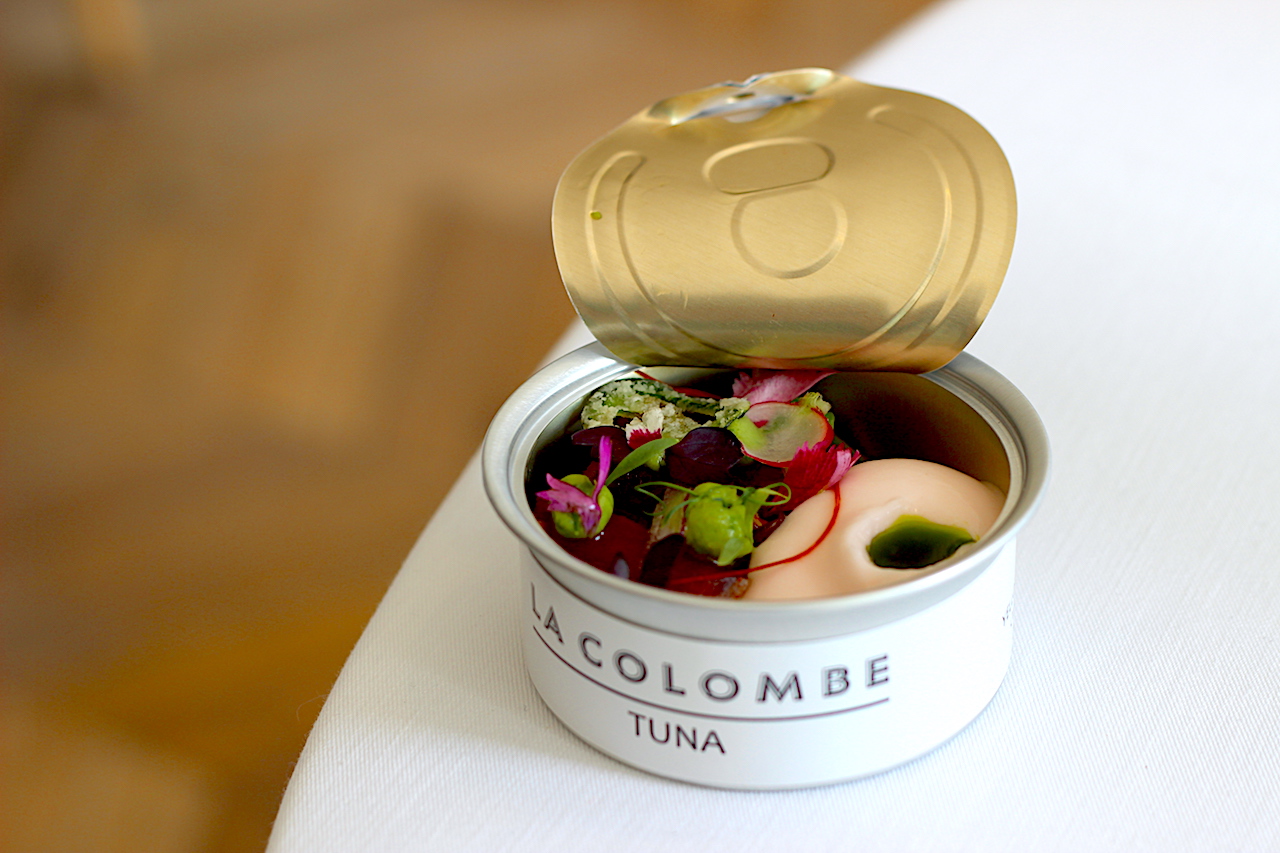 Next, a dish that I was a little skeptical of when I saw it on the menu, but ended up being my absolute favourite dish of all. A charred passionfruit filled with a mussel curry velouté. Served on a sea-inspired garden, with scissors, you’re instructed to cut open your fruit to enjoy the velouté inside. With some of the passionfruit pulp left inside the fruit, you scrape the edges to release tart bursts of flavour that punctuate the rich, creamy mussel velouté. Clever, impactful – and most importantly, mind-blowingly delicious, it was a triumph on every level.

The signature Tuna La Colombe, which has to remain on the menu due to threats of a riot if it’s removed, has also seen a facelift – it’s still tuna, and it’s still delicious – but, more than that – my lips are sealed. I will share that the previous incarnation was delicious, but I think I actually prefer this season’s reworked flavour combination. 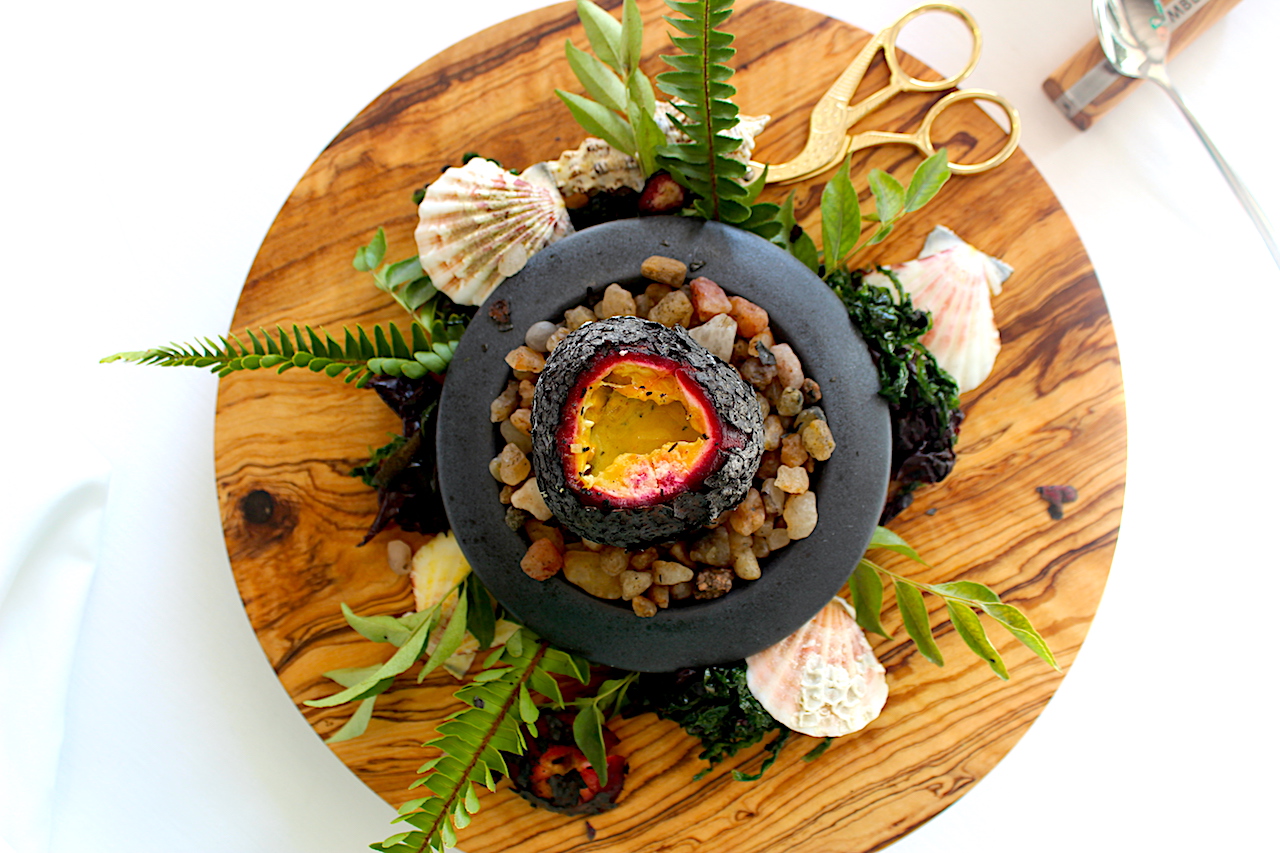 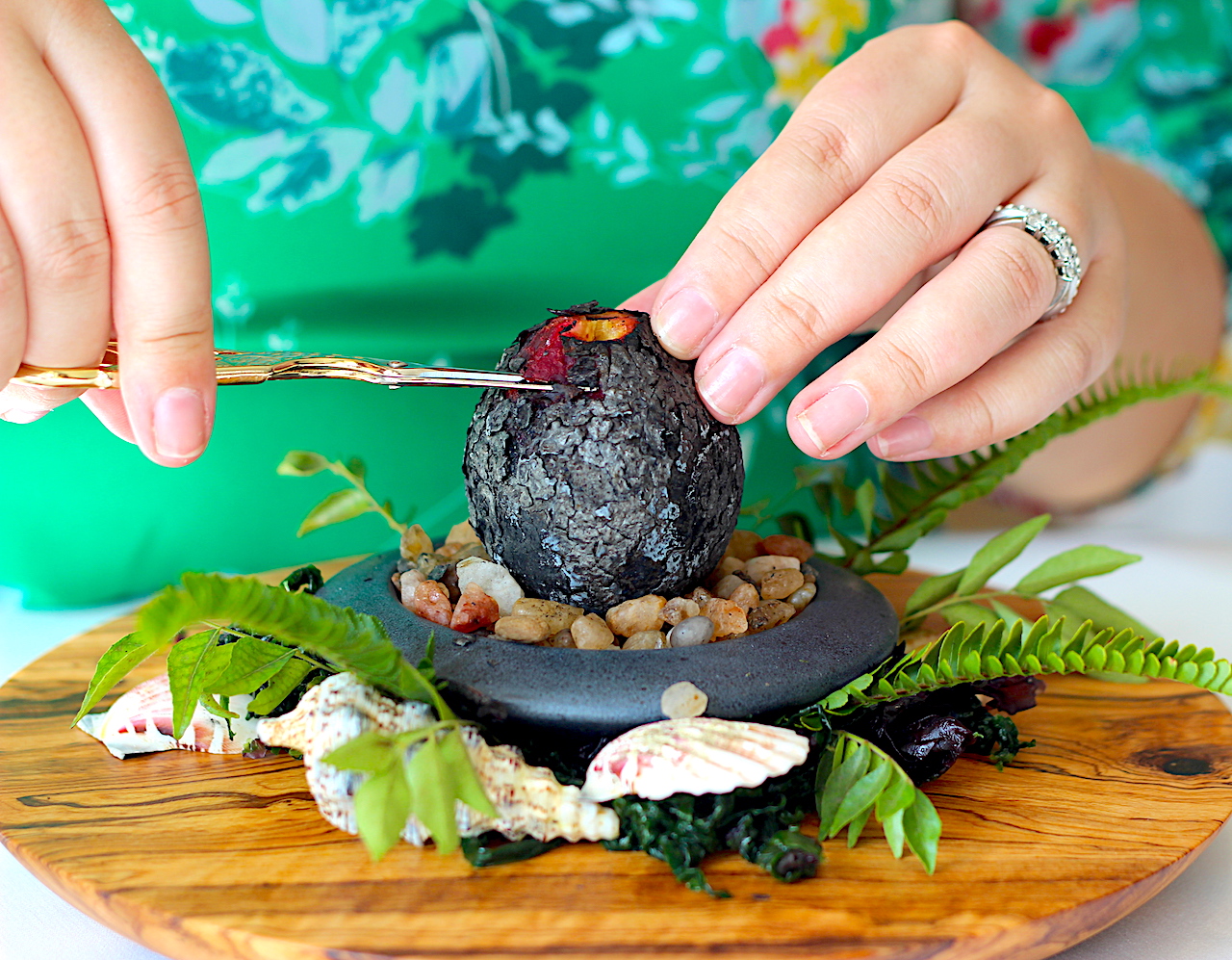 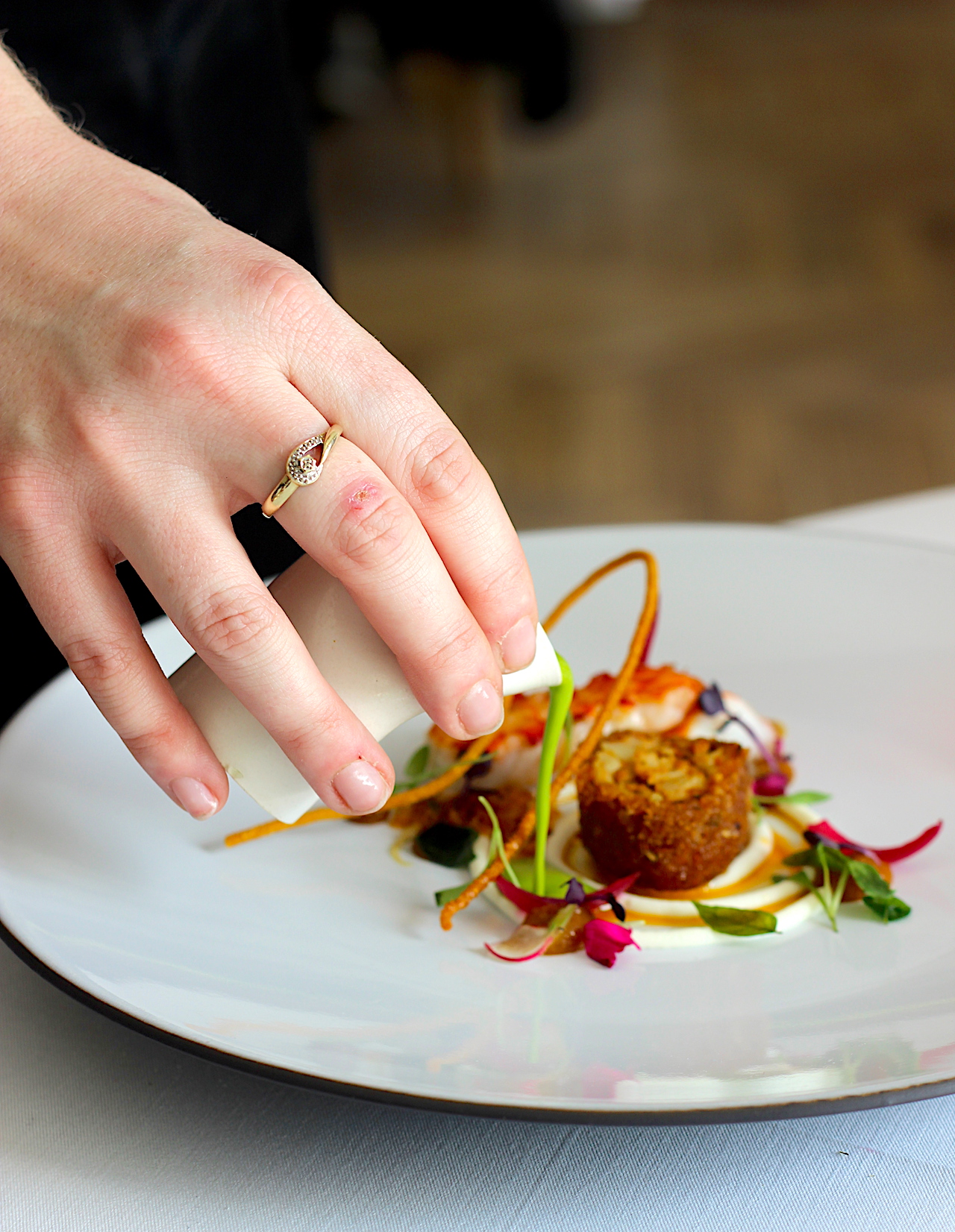 Next, a soothing langoustine dish for me – quail for Luke – which, was an essential part of a multi-course menu. Giving your palate a breather between the intense flavours of the surrounding dishes. Gently spiced with a coriander emulsion and soothing labneh, it was still vibrant thanks to the Kerala-inspired spices – can we just take a moment to appreciate the colours in the photograph above? 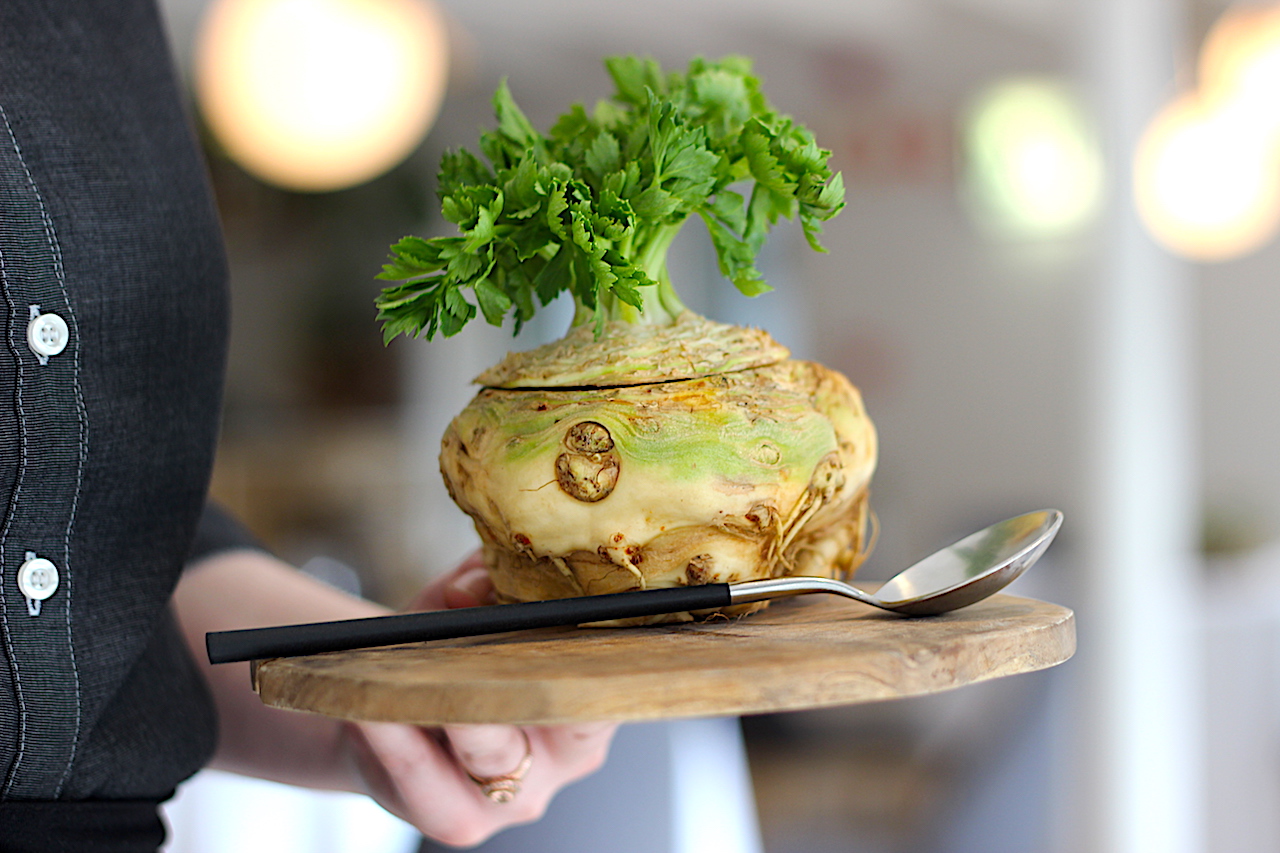 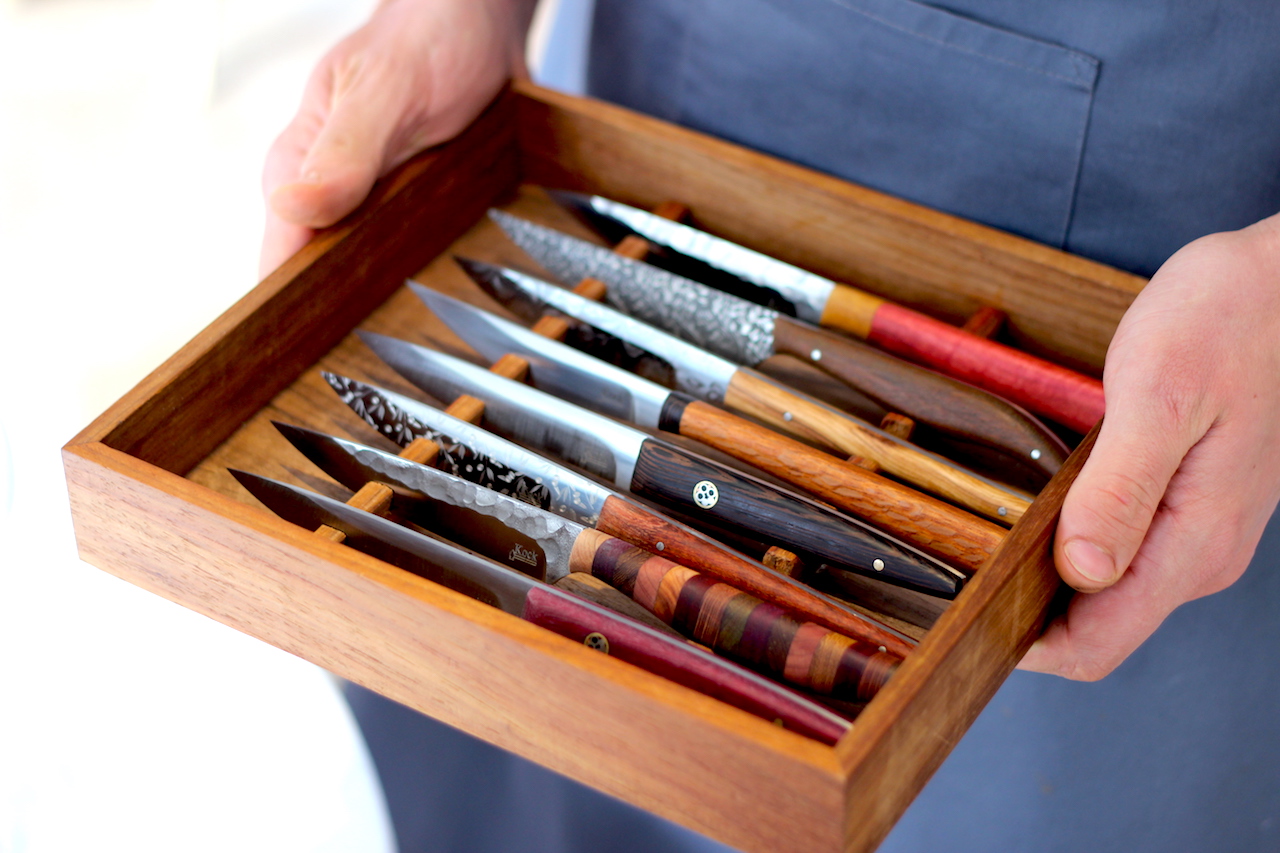 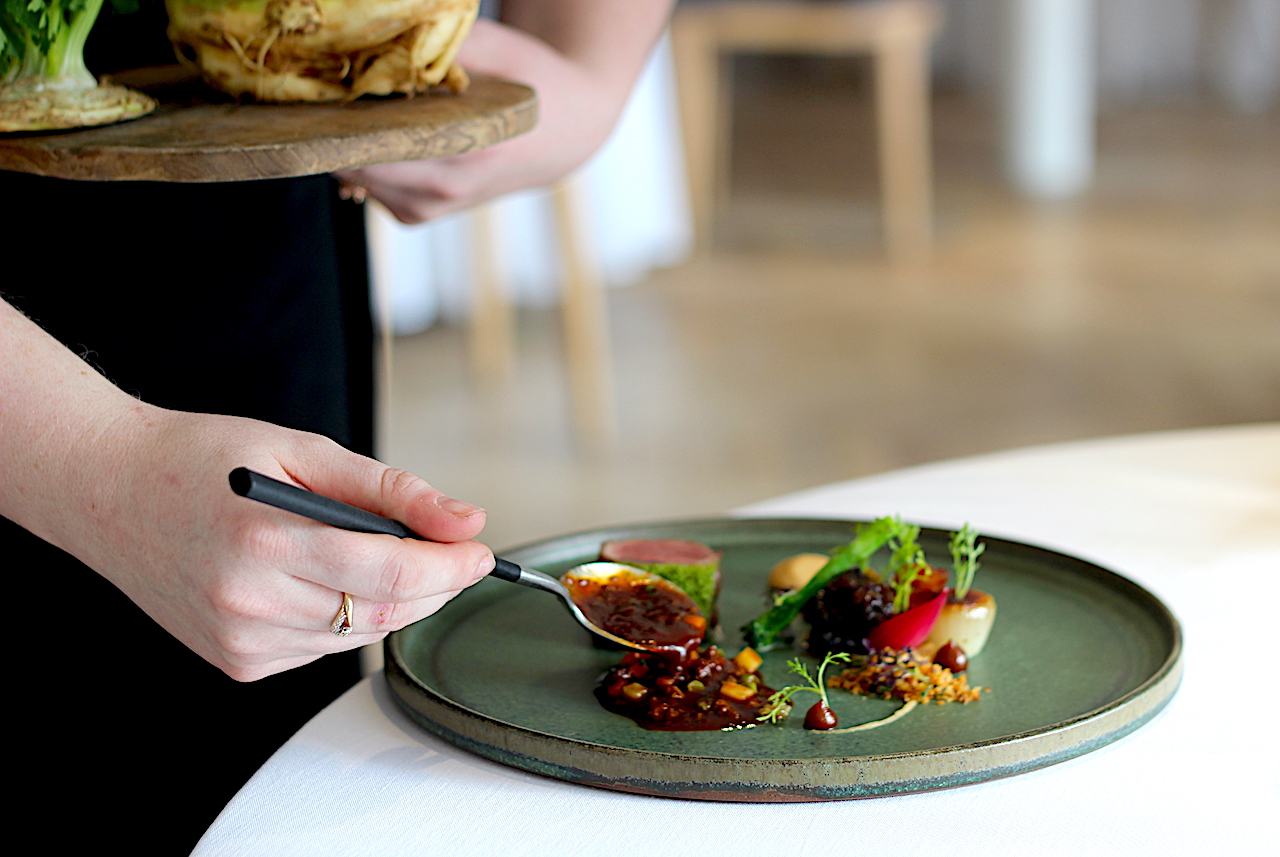 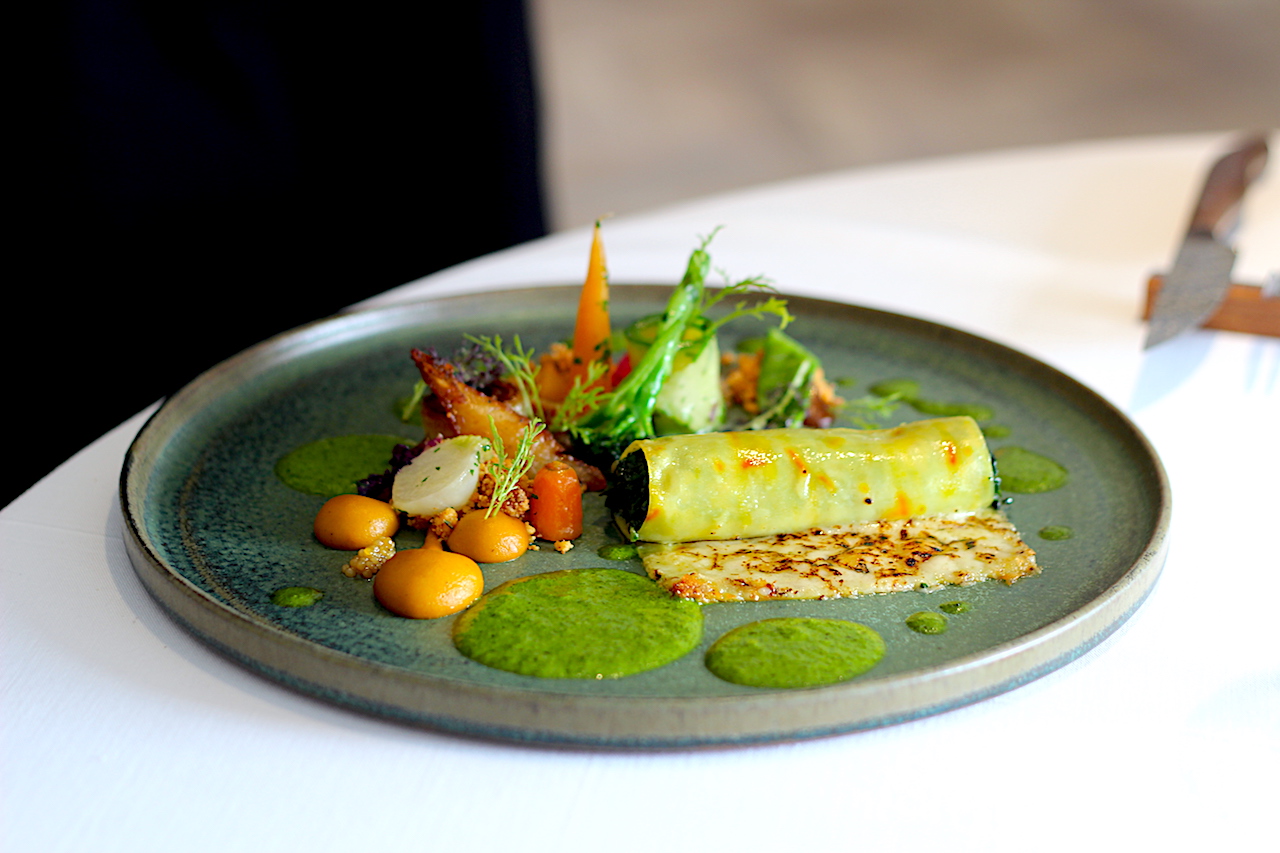 Other savoury highlights include the coconut line fish dish – which, was not only the perfect portion size, but so deeply fragranced with lemongrass and lime leaf – placing it firmly in contention for best dish of the day.

Then there was the cheese course, where you can choose your favourite based on the wine it’s served with – we strongly recommend the blue – and, the most perfectly balanced dessert, filled with flavours of roasted banana, hazelnut and tonka beans.

Honestly, I had a moment in their bathroom where I actually started welling up with tears. 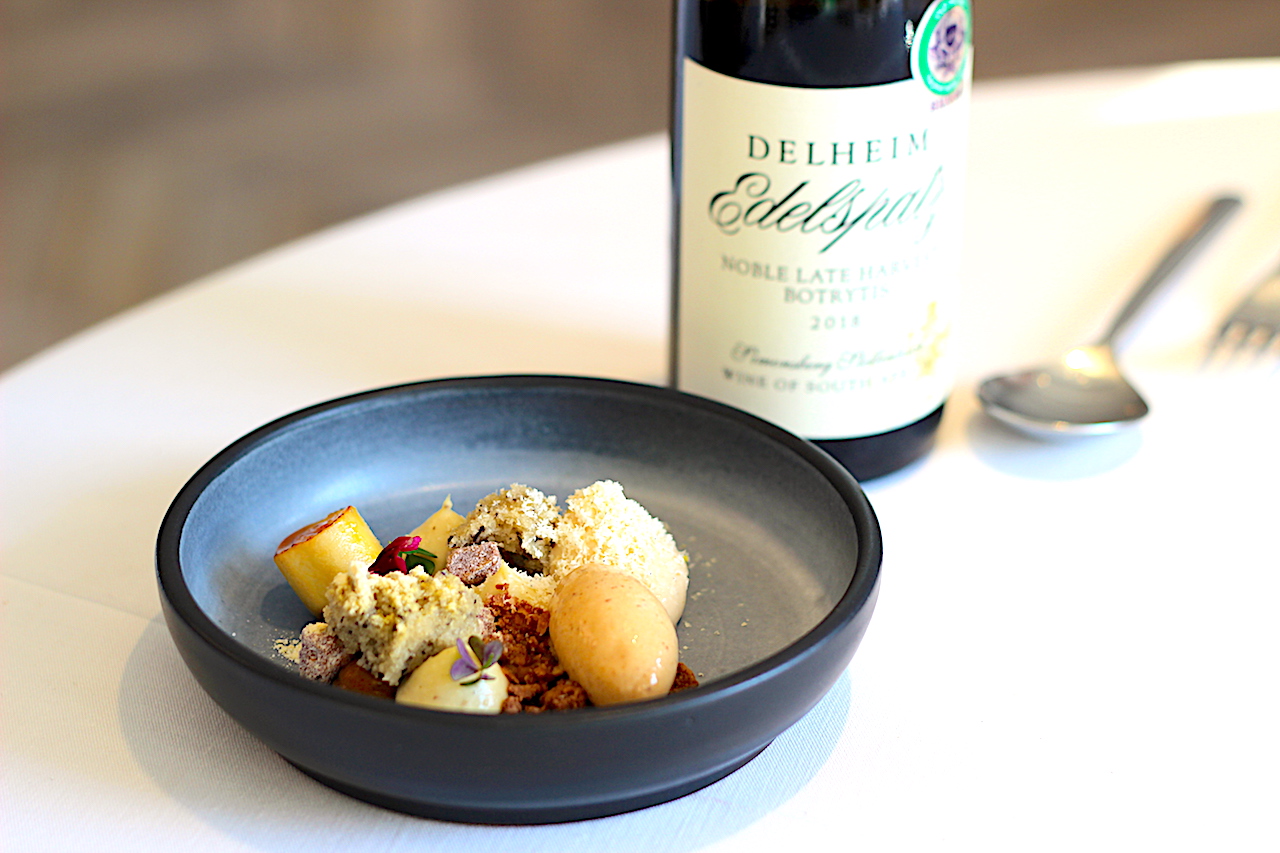 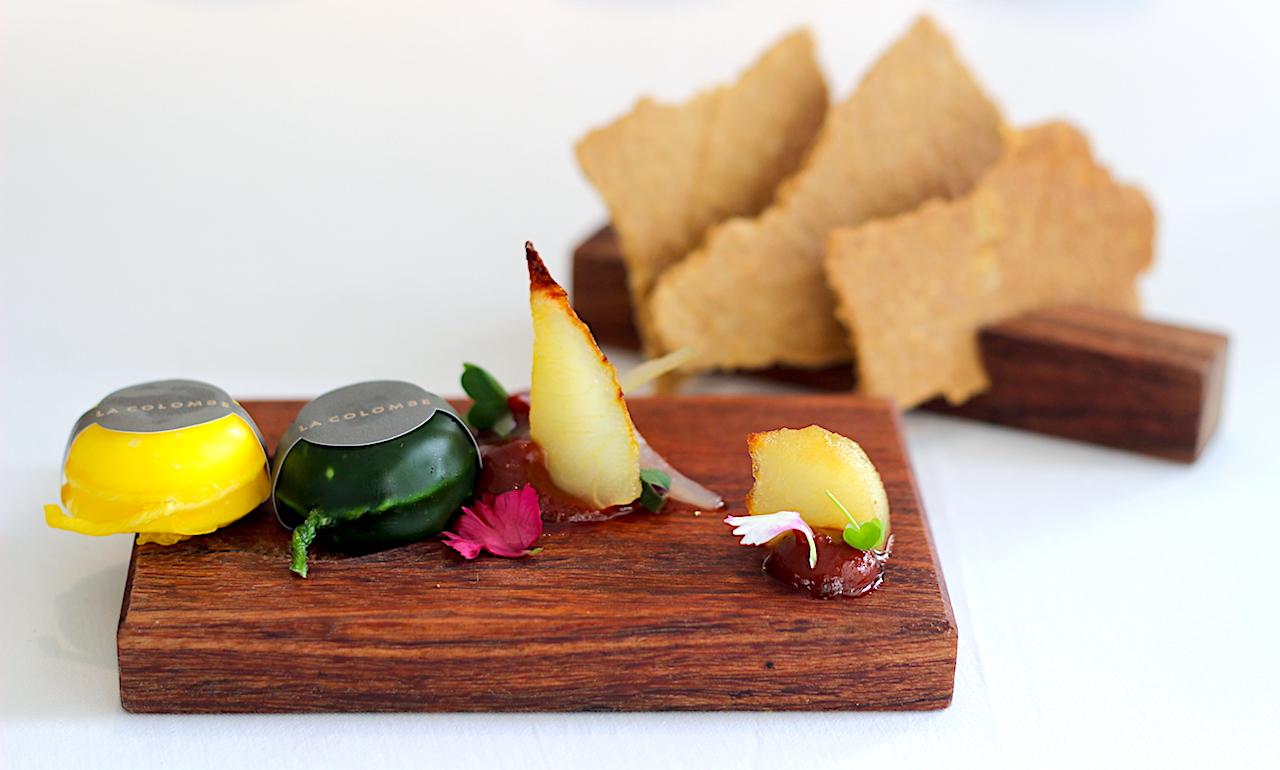 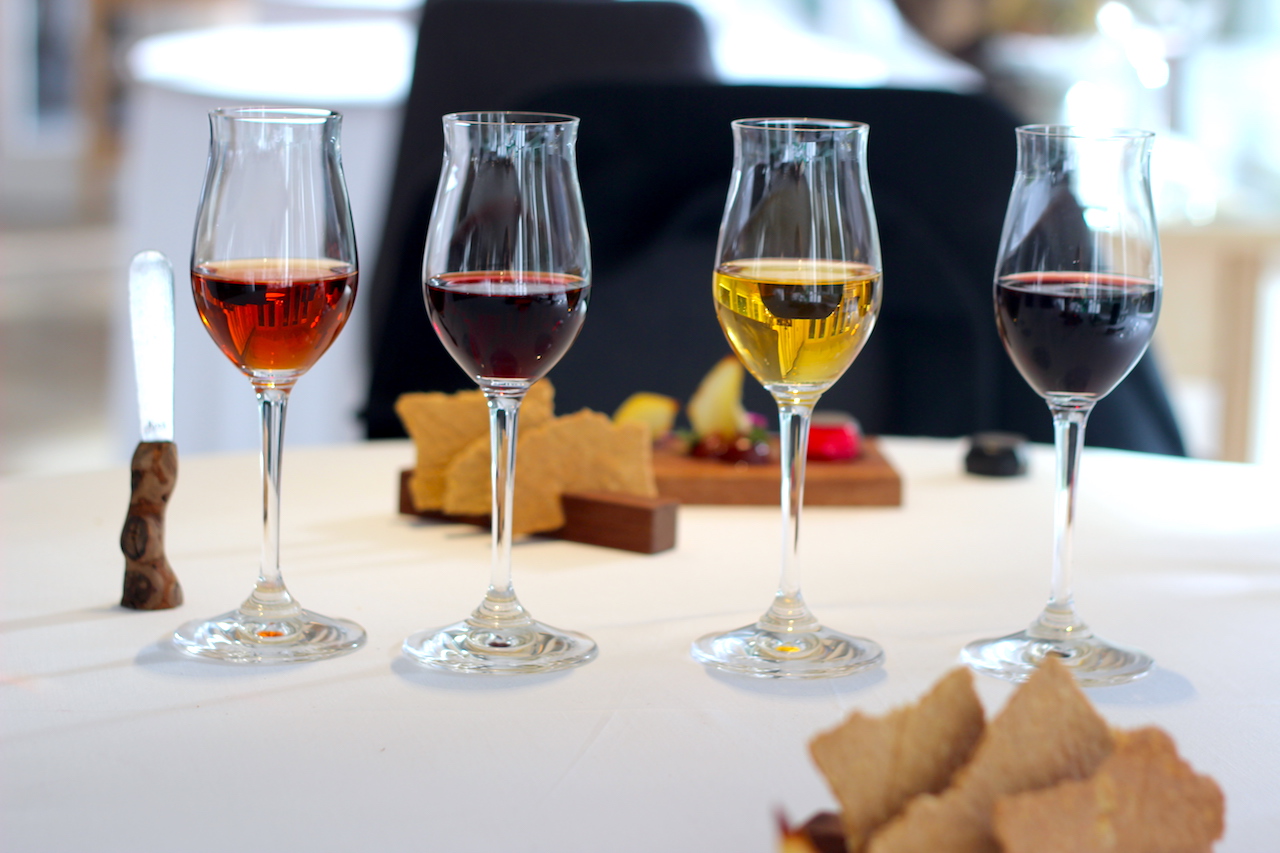 As I near the end of this piece – and how many hundreds of words later – I need to ask – is this a review or a love letter, a public display of affection?

Chef James urged me to try and find fault with the meal. Unsurprising, coming from a man who won’t be content with anything less than perfection. Currently sitting at the third best restaurant in the country, that’s reason enough for me to celebrate, but, not for James. I rack my brain, scrutinising each dish and course – and, I have nothing. No area of improvement, no tweak that can better absolute perfection. I’m left speechless. 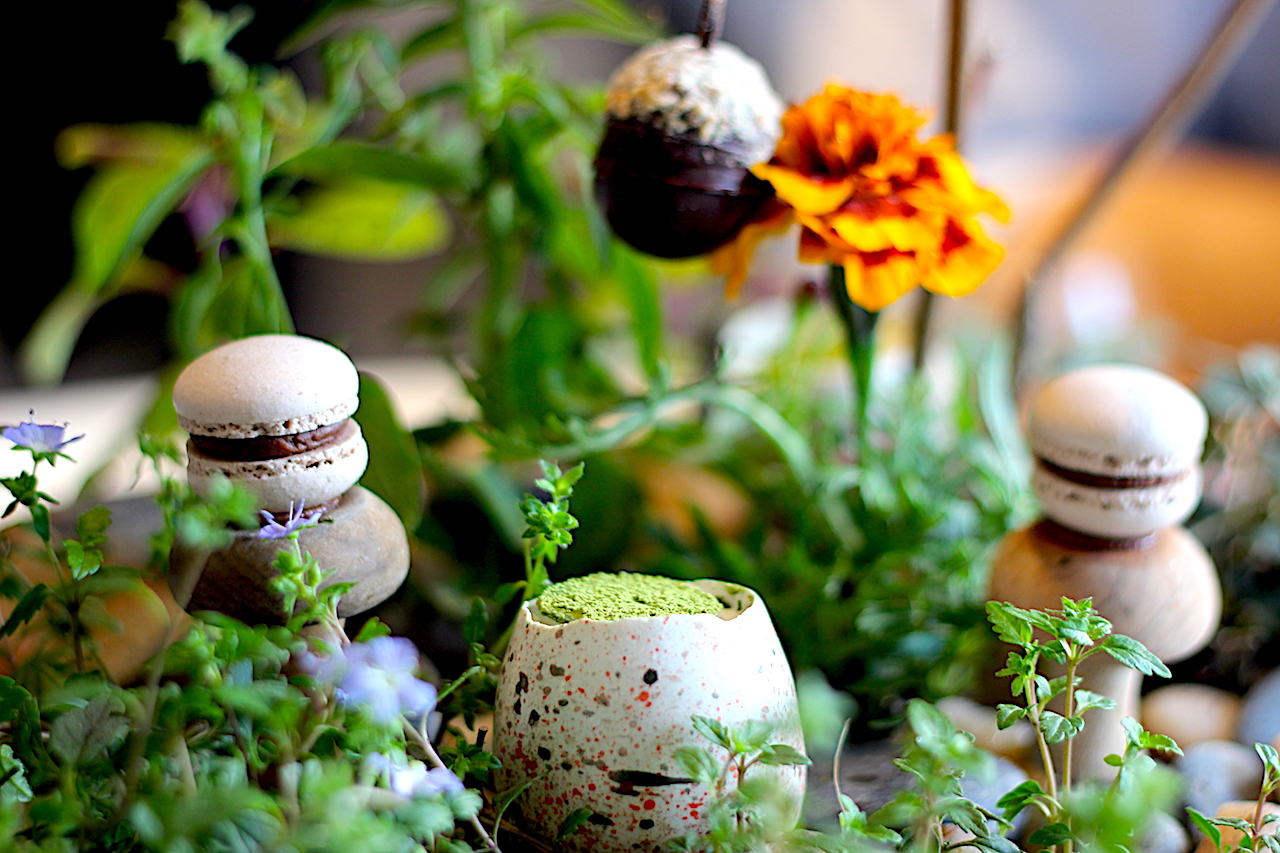 Note: We enjoyed our meal as guests of La Colombe. All views and images are my own.

Does Exuviance’s Triple Microdermabrasion Face Polish live up to the hype?