When Cilmor Wines announced their competition to be a wine ambassador, I jumped at the chance. It’s no secret I love wine, and am always keen to taste something different.

I think the fact that I’d never heard of Cilmor before added to the appeal. When I’d heard they’d chosen me, I did a little research into the brand. Located between Worcester and Villiersdorp, they produce an astounding 6 – 8 million litres of wine every year. Their current range includes a Premium Collection of seven wines, and a Popular Range of three wines. 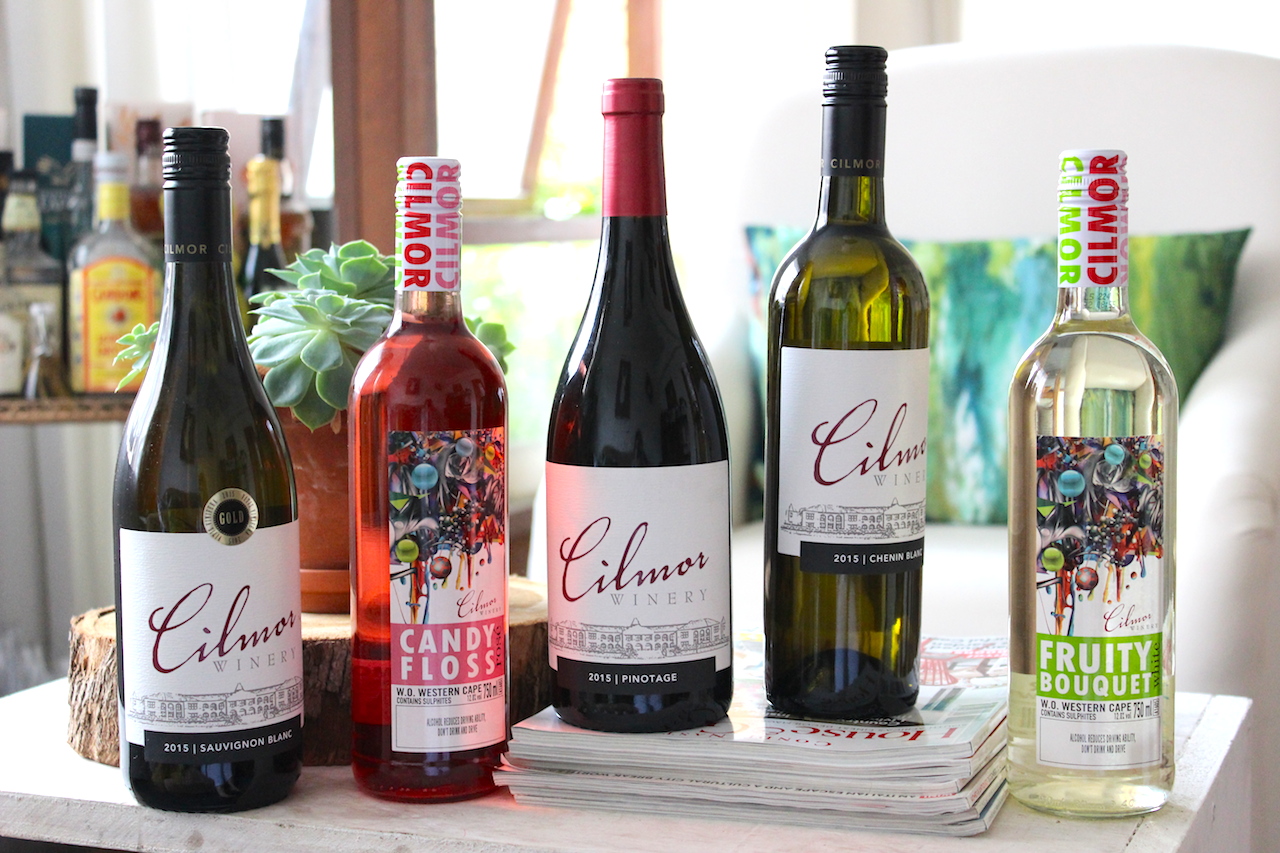 So, how does this ‘ambassador’ thing work? Cilmor sends me wine, I drink it and write about it. Pretty brilliant. While, I’ll…er…try to drink as quickly as I can (anyone want to come over and share a bottle or six?) sometimes my liver will say no, out of self-preservation. Of the six bottles they sent me, I’ve tried two – the Merlot Rosé and the Chenin Blanc (but have included blurbs on all six below, for you). In a nutshell, I liked them both – quite a lot. The Merlot Rosé came out tops for me, but considering the Chenin was a 2015 vintage, it was pretty darn good.

On that note – while Cilmor has a storage capacity of almost 10 million L, it’s not feasible for them – or almost any other winery – to keep wine until optimal drinking age. That’s where we, as consumers, come in. While I’m sure that all of these wines aren’t going to be bad if you were to drink them in 2015, I’m equally sure that they aren’t going to be at their absolute best. That’s why I’ve purposely decided to keep two of them for at least two years (the Pinotage and Sauvignon Blanc). 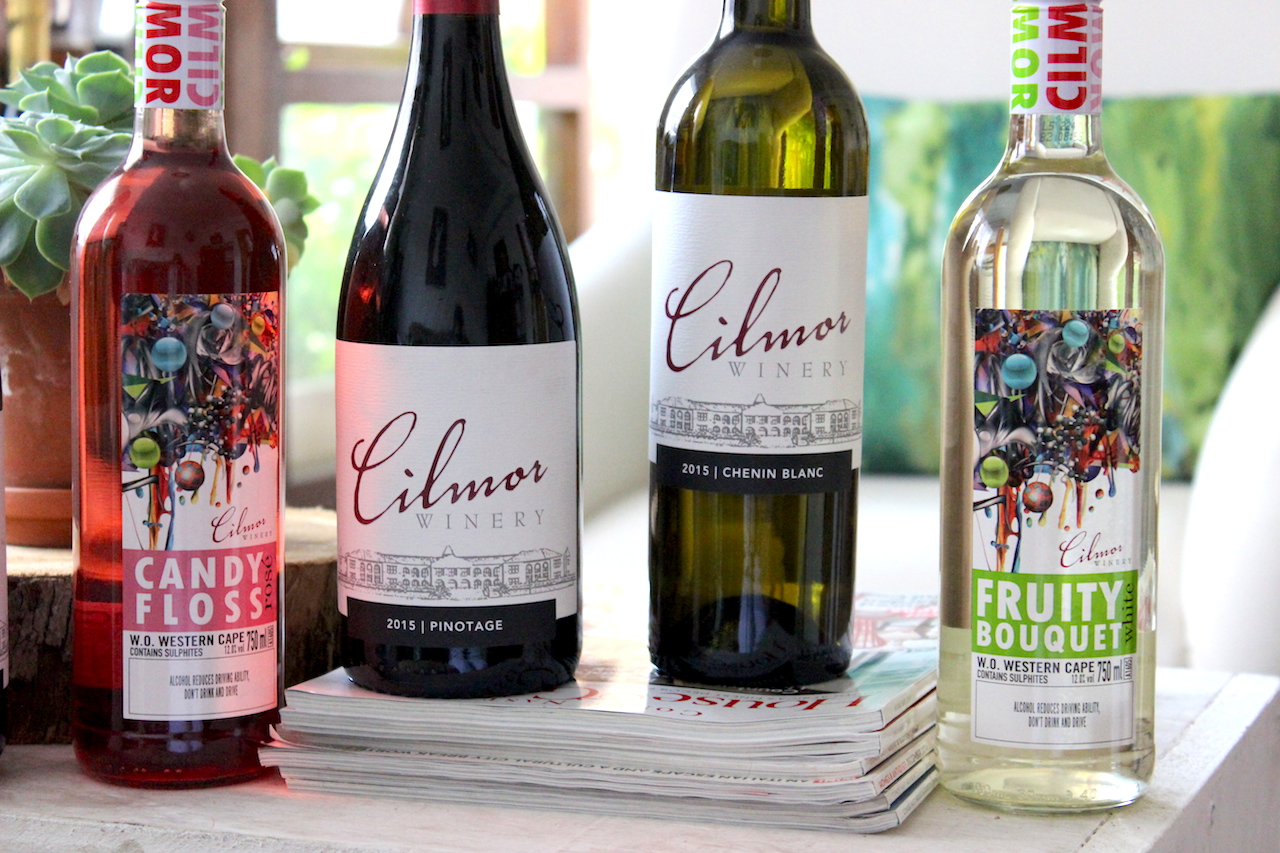 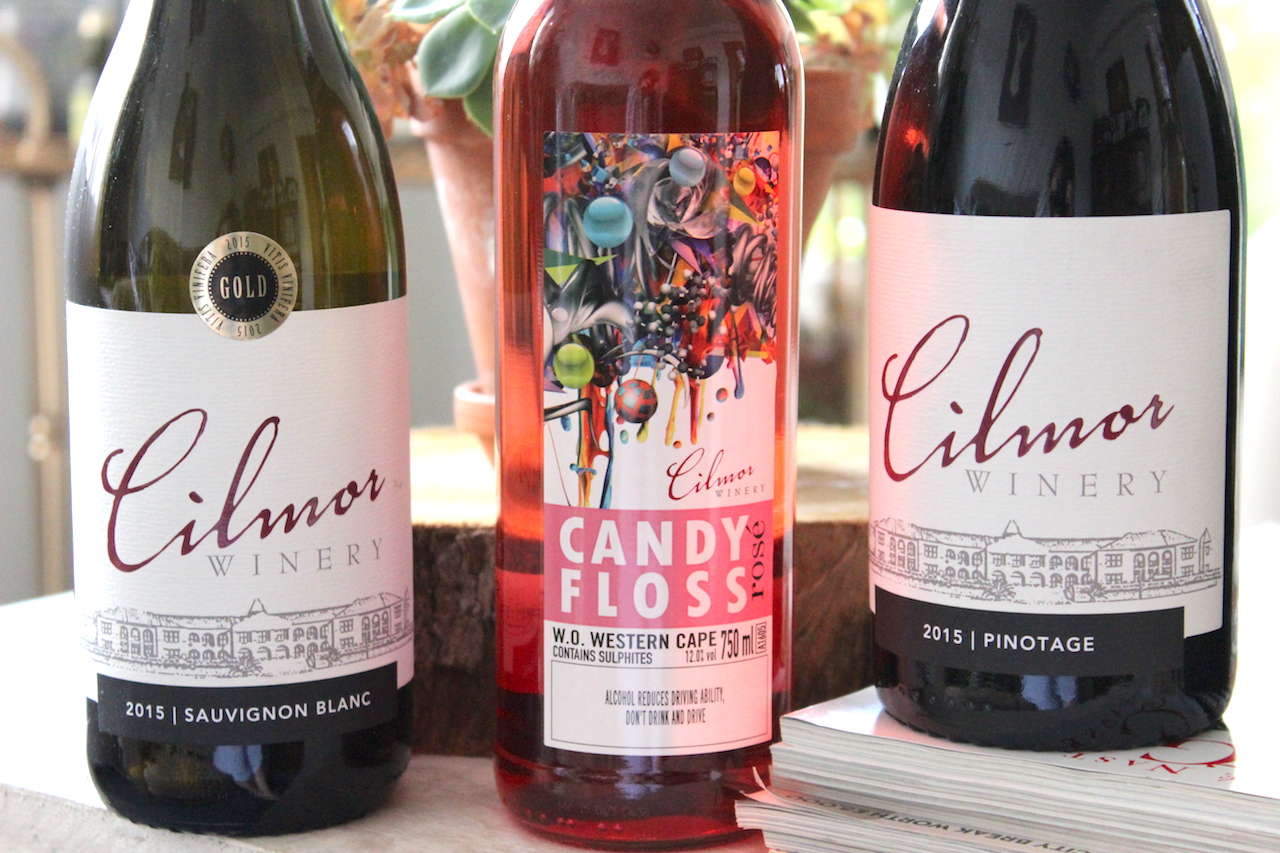 “The wine holds a complex range of flavours with gooseberry, pear and litchi aromas on the nose with a hint of asparagus. Beautifully balanced, the palate is smooth with a lingering, crisp finish.”

The team at Cilmor says that this wine can be enjoyed now, or within two years. As I am always hesitant of the high acidity in this particular varietal, I’ll be revisiting this in 2017, when it’s had a little more time to mellow. If, however, you are fine with fresh acidity, there’s no reason to wait.

From their Popular Range, this rosé is described as “delightfully fresh and vibrant with an abundance of strawberry and  sweet cranberry flavours with a lovely candy floss finish.” It looks like fun. It looks like something that can be consumed chilled and very quickly. It seems Cilmor have the same expectations – as it is available in the 750ml glass bottle and the, ahem, 3L cardbordeaux option. I am both intrigued and a little terrified of this wine. It might end badly.

Im a fan of the description of this wine: “Dark ruby in colour, this wine holds aromas of ripe plums, cherries, chocolate and  a slight scent of dried banana, all wrapped in sweet, oaky vanilla. Dry, supple  tannins add to a silky mouthful of black cherries.” Such a fan, that I want to give it the full three-year ageing potential. I can’t bring myself to drink a 2015 Pinotage in 2015. We’ll meet again in 2018 (or, perhaps later – depends how much self-control I manage to muster).

Chenin Blanc is my second-favourite white wine (next to Chardon-yay. As an aside – can we somehow vote to have it officially renamed to that?) As such, it has already been consumed. A fruity Chenin Blanc, it shows apple, pear and pineapple and tropical fruit on the nose. Considering its age, it shows good balance between fruit and acidity. While I don’t regret opening it now, I wouldn’t mind another bottle (or two, or six) to keep for the recommended two years.

Another bottle from the Popular Range, I’m afraid I can’t tell you much about it (yet). It’s been relegated to the drink-next-year stack. I don’t even know what varietal(s) it’s made from – a wine of mystery. “This fruity style Chenin Blanc erupts with flavours of apple, pear and pineapple and tropical fruit on the nose. The wine is medium-bodied with good balance between fruit and acidity, ending with a crisp, pleasing taste on the palate.” A word of caution – or encouragement – it’s also available in the 3L option.

The first bottle I opened – a hot Friday afternoon deserved something chilled, but still serious. Between 5 women and 4 men, all the men chose to open this before a more traditional red. I will not confirm nor deny that the term brosé was thrown around. “This fruity style Chenin Blanc erupts with flavours of apple, pear and pineapple and tropical fruit on the nose. The wine is medium-bodied with good balance between fruit and acidity, ending with a crisp, pleasing taste on the palate.”

Note: I received these wines to review from Cilmor Wines. All views and images are my own.

Everything you need to know about the 2018 Stellenbosch Wine Festival

A visit to Lothian Vineyards

A visit to Van Loveren in Robertson

Getting to know The Botanist Gin