I was given a waffle maker for my birthday last week, so I knew that waffles would 100% be on the menu for breakfast this past weekend. However, I didn’t quite know what form they’d take. Would they be chocolate chip? Coconut? Peanut butter?

Ironically, it wasn’t much of a choice to make pumpkin waffles, but rather a futile attempt to save half a roasted pumpkin from going to waste. We saw it on special at our local Food Lovers Market – at R39 for half a pumpkin filled with vegetables to roast, we couldn’t turn it down. However, with a home of only two people, it has taken us days to make a dent in our vegetable bounty. 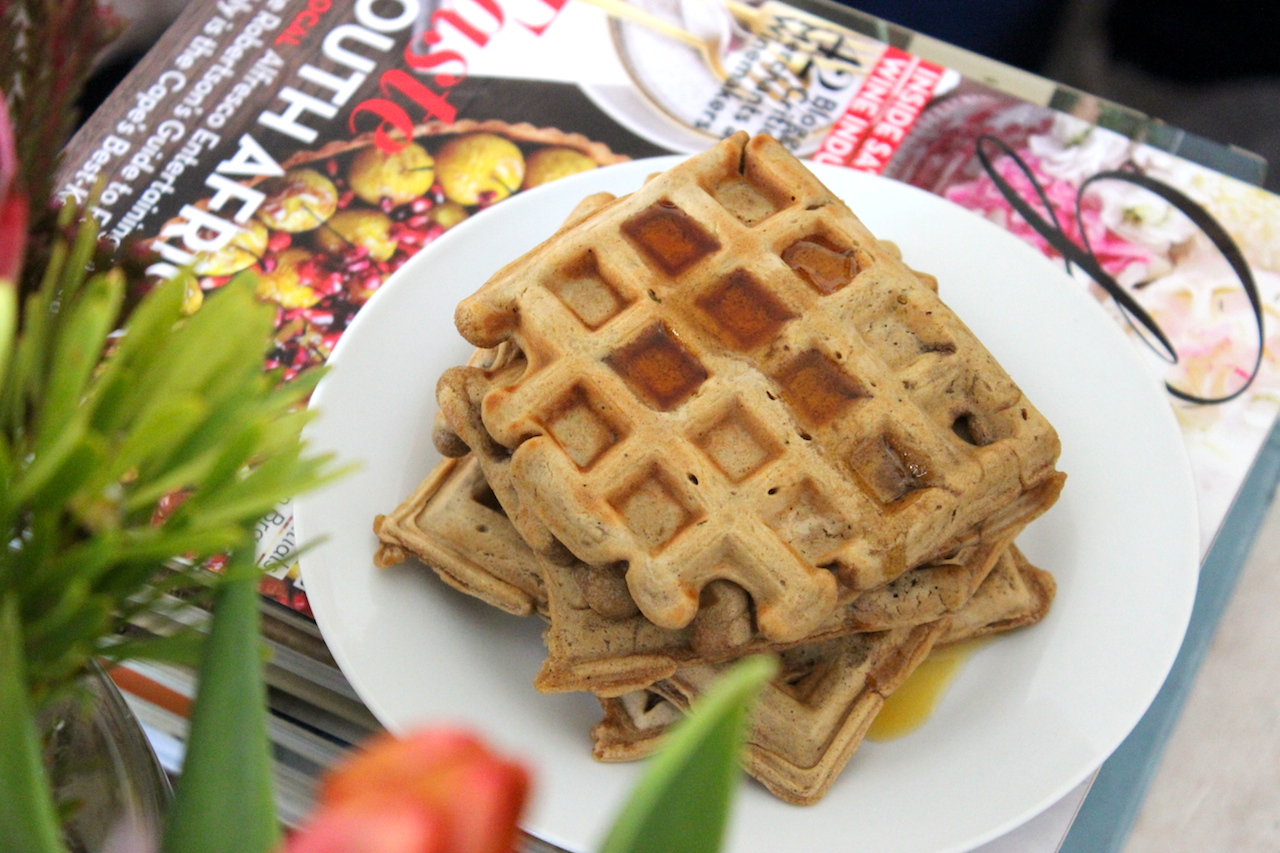 After using pumpkin in pasta sauces and eating it as is, I was fast running out of ideas. These waffles sounded like a good idea – until I realised that the recipe only calls for a quarter cup of puree. I have at least five more cups of pumpkin waiting in the fridge.

But, onto these waffles. The recipe was originally called “pumpkin spice latte waffles“, but, as we live in the Southern Hemisphere, the reference is mostly lost. Also, we’re heading into spring, not autumn. Whether or not you’re Starbucks obsessed, these are pretty darn good waffles. Not too sweet, with a decent hit of spice and pumpkin aftertaste, they’re quite wholesome and not as overwhelming as the thought of waffles-for-breakfast would make be believe. As they’re not particularly sweet, they do benefit from a drizzle of maple syrup and dusting of cinnamon sugar before serving.

The recipe for this dish follows below.

*Simply cook pumpkin until tender – steaming it in the microwave is easiest – and then blend until a smooth puree forms.

Place all dry ingredients in a bowl. In a small jug, combine the coffee, milk, melted coconut oil, pumpkin puree and egg replacer and whisk until smooth. Add to the bowl of dry ingredients and whisk until well-combined and a thick batter is formed. Heat the waffle maker and cook according to your machine’s instructions. Best eaten immediately.

The perfect tote from fenn.

A visit to Creation Wines

The perfect tote from fenn.