Towards the beginning of this year, we received an invitation to visit the newly-opened Gregoire Boutique Hotel and Spa in Hermanus. Having only opened its doors on 24 December 2015, it seemed like the perfect place to spend our first weekend in the town. 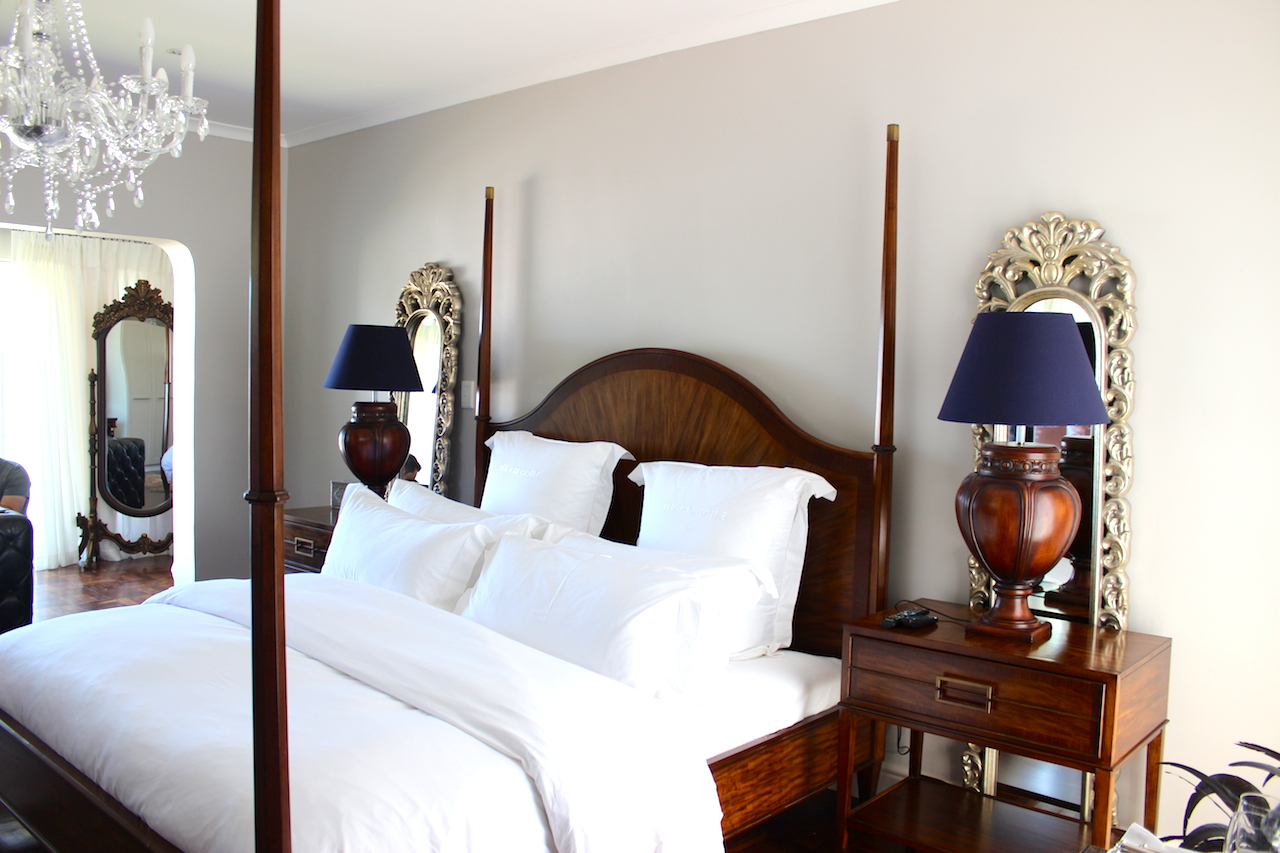 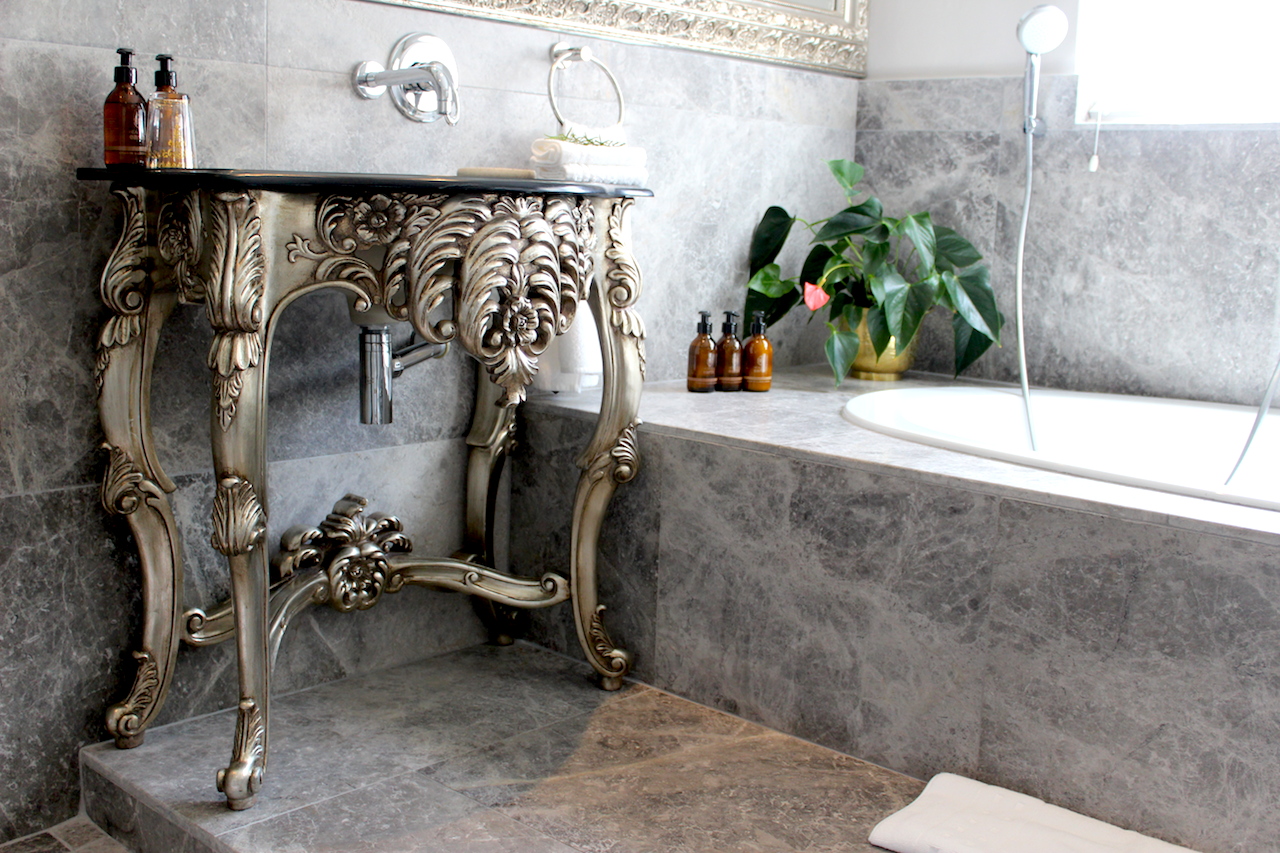 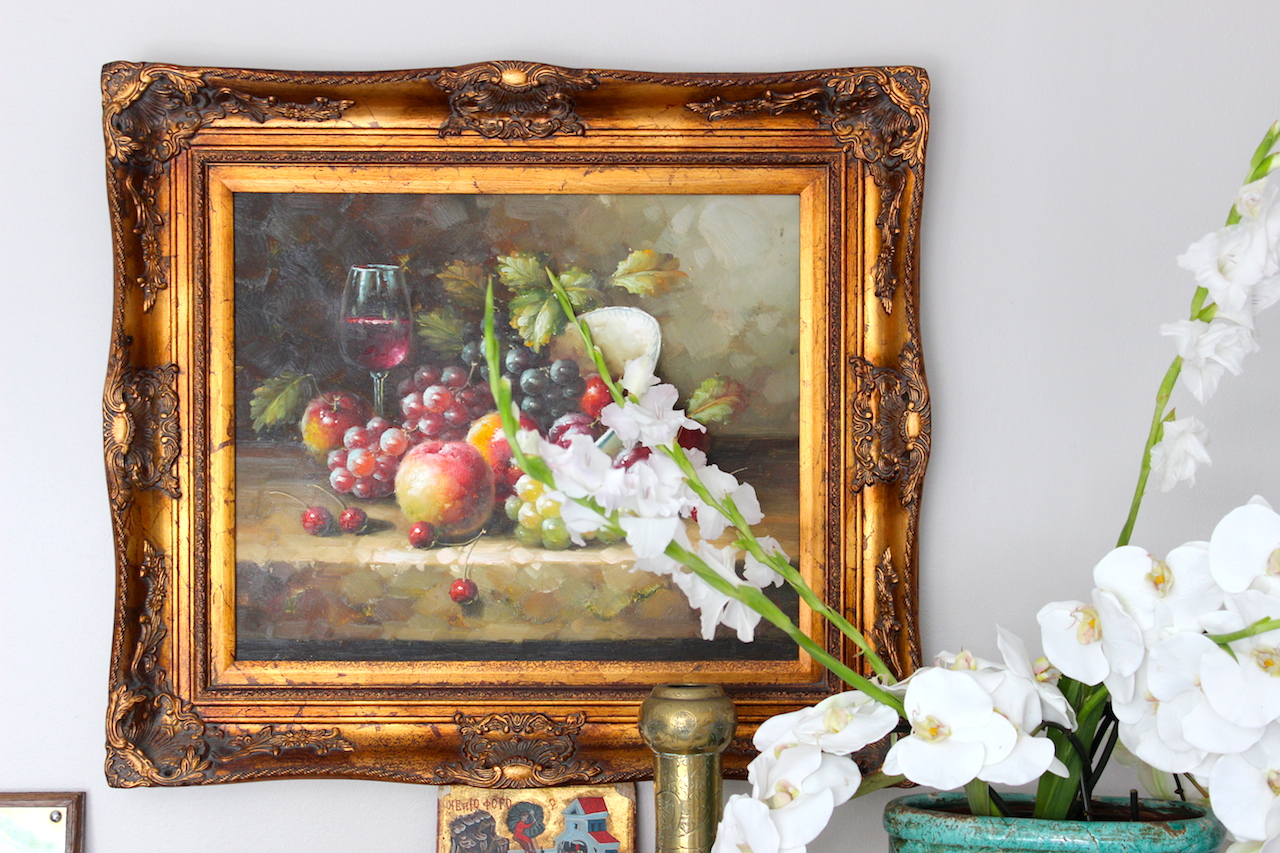 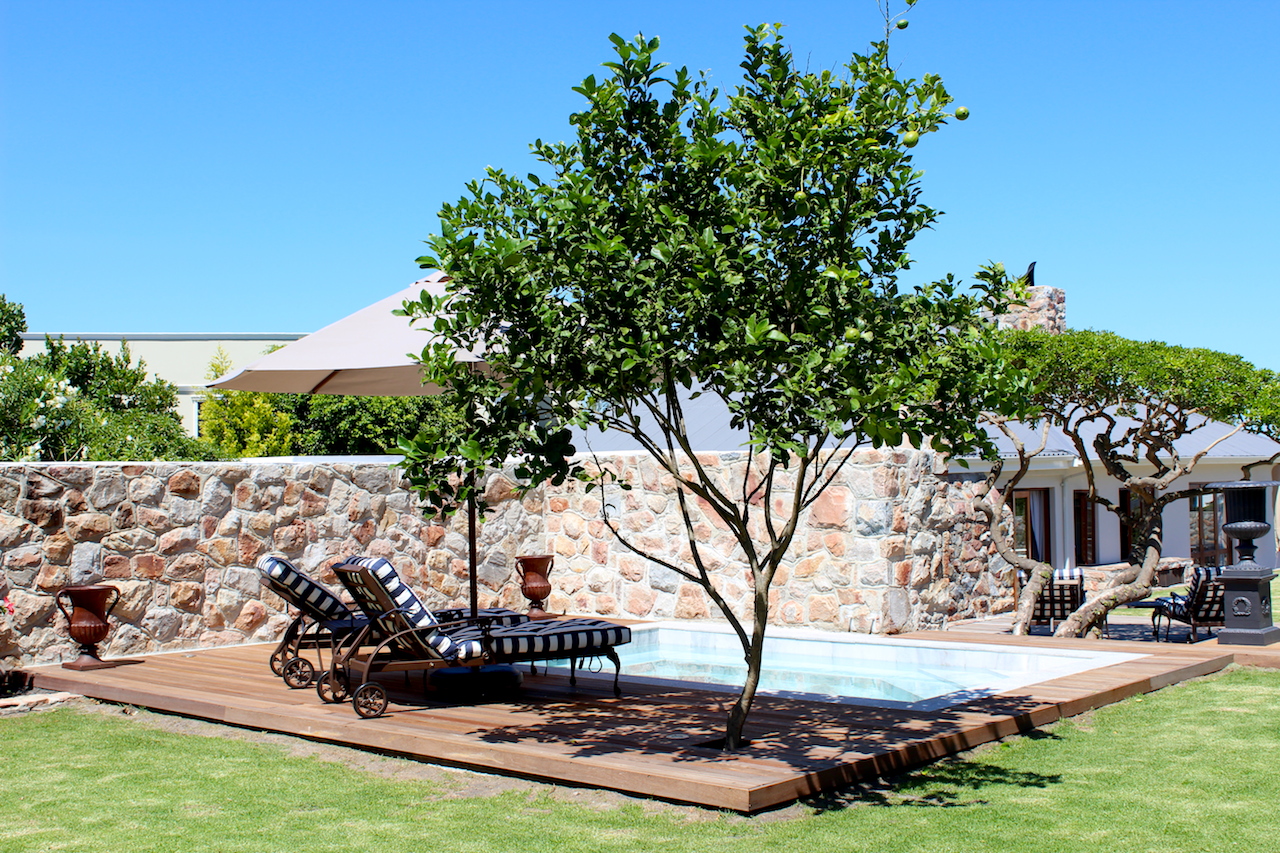 And yes, while that may sound a little ridiculous, we’ve never actually stayed in Hermanus before, normally only driving through on our way to Grootbos. Now may also be a good time to admit that I’ve never really understood the appeal of the town. Seemingly over-commercial, packed with holiday-makers and crowds, I was never tempted by this so-called whale-watchers’ paradise. So, while trying to keep an open mind, we made a long weekend of it and headed to the Gregoire late last Friday morning.

Named after famous local artist, Gregoire Boonzaier, The Gregoire is the vision of owner, Cindy Barry. What would appear to be simply another luxury seaside getaway – in an already saturated town – the Gregoire offers guests a chance to experience old-world charm and opulence in the heart of Hermanus. 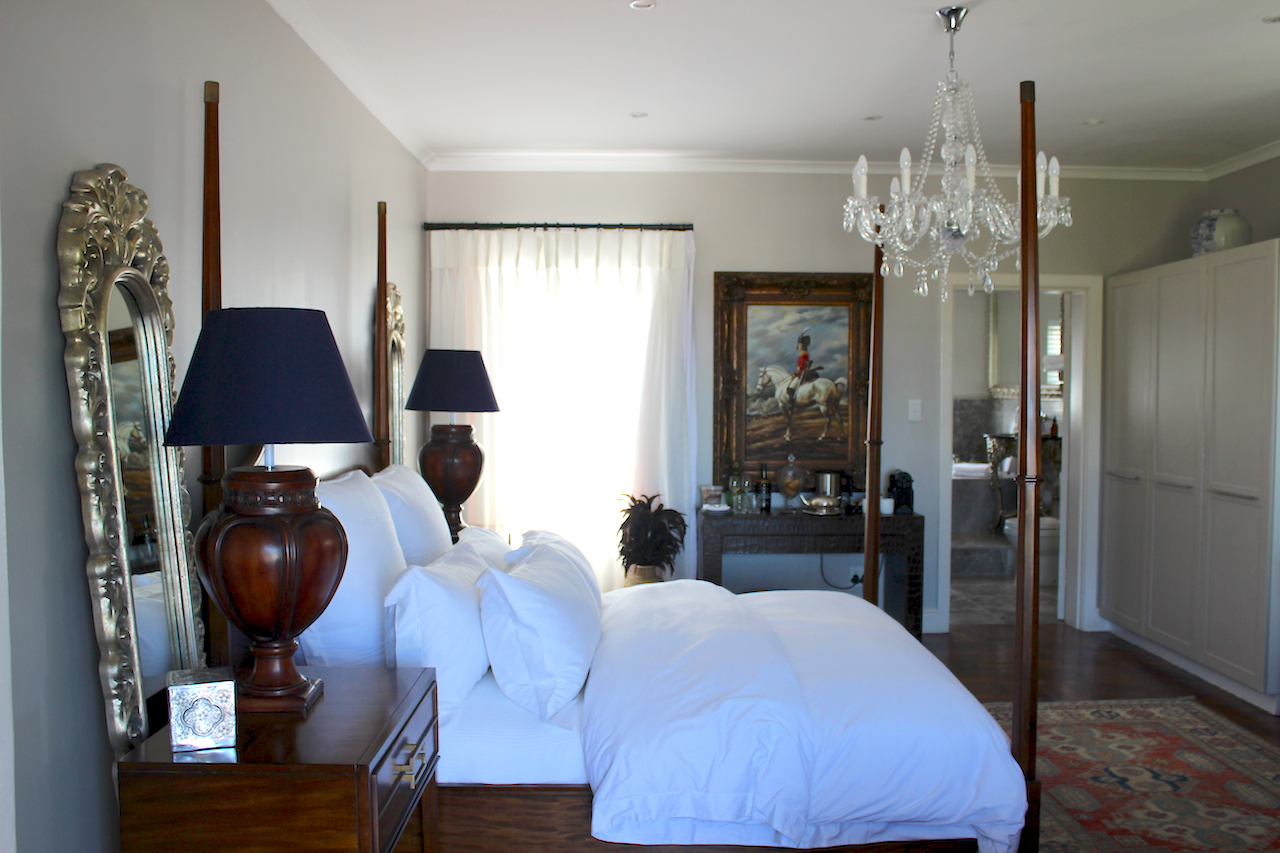 A few meters from the famous Cliff Path, it’s easy to drive past the entrance, with the only visible signage taking the form of a small plaque on a door. As we enter, we realise that discretion is a theme that runs through the property – all 3000m2 of it.

Housing only seven rooms, we stayed in the Gregoire King Suite. Situated on the first floor, we were treated to views across the lawn, straight out to the ocean. A small lounge, next to open sliding doors, allowed us to nap with the sea breeze rustling the curtains. Our room contained all the ‘standard’ features we’d come to expect, but with a few special extras, including an extended vanity kit that included plasters, headache pills and antacid tablets. A small touch, but one that can make such a big difference to a stay (especially given the amount of wine you are likely to consume at the Gregoire).

While you generally expect your room to be clean, the Gregoire has also taken hygiene to a new level, with the introduction of CRISPEDtm. The property is currently the only one in the world to use this technology, which includes special covers for mattresses and pillows and detergents for towels and robes. This new practice, together with this video from Gordon Ramsay, will ensure I’ll never take hygiene in hotels for granted again.

Decor throughout the hotel is muted, in neutral tones, accented by fresh flowers and spectacular pieces of art. The hotel doesn’t only pay homage to Gregoire in name. Scattered between the suites, public areas – and even the spa – guests will find local artwork and objets d’Art everywhere they turn.  Our suite was home to an original painting of De La Rey, by the man himself.

After we’d settled in, unpacked and decided which of the three swimming pools we’d claim at our home, Cindy and her team very kindly offered to make us a late lunch. We arrived just after 14h00, and were hungrier that we’d anticipated. The Gregoire operates on a bed and breakfast basis, but will happily supply all meals, if advance notice is given.

I had given ‘warning’ of my veganism, as I didn’t want to put their team on the spot. It seems I had no need to worry. We took our seats under the pergola, opened a bottle of Groote Post Sauvignon Blanc, and were treated to a delicious two-course lunch.

We started with a home-made gazpacho, garnished with basil from the property, before devouring black noodles with pesto, peppers and asparagus. Cindy, who is quite the gourmand herself, prepared all meals for us – while the property looks for a chef to meet her exacting standards. More than once, throughout the course of the weekend, did I tell her not to bother. She has a fantastic palate – with the food fresh, perfectly seasoned and downright delicious, I ended up taking a little vegan inspiration away with me when we left. 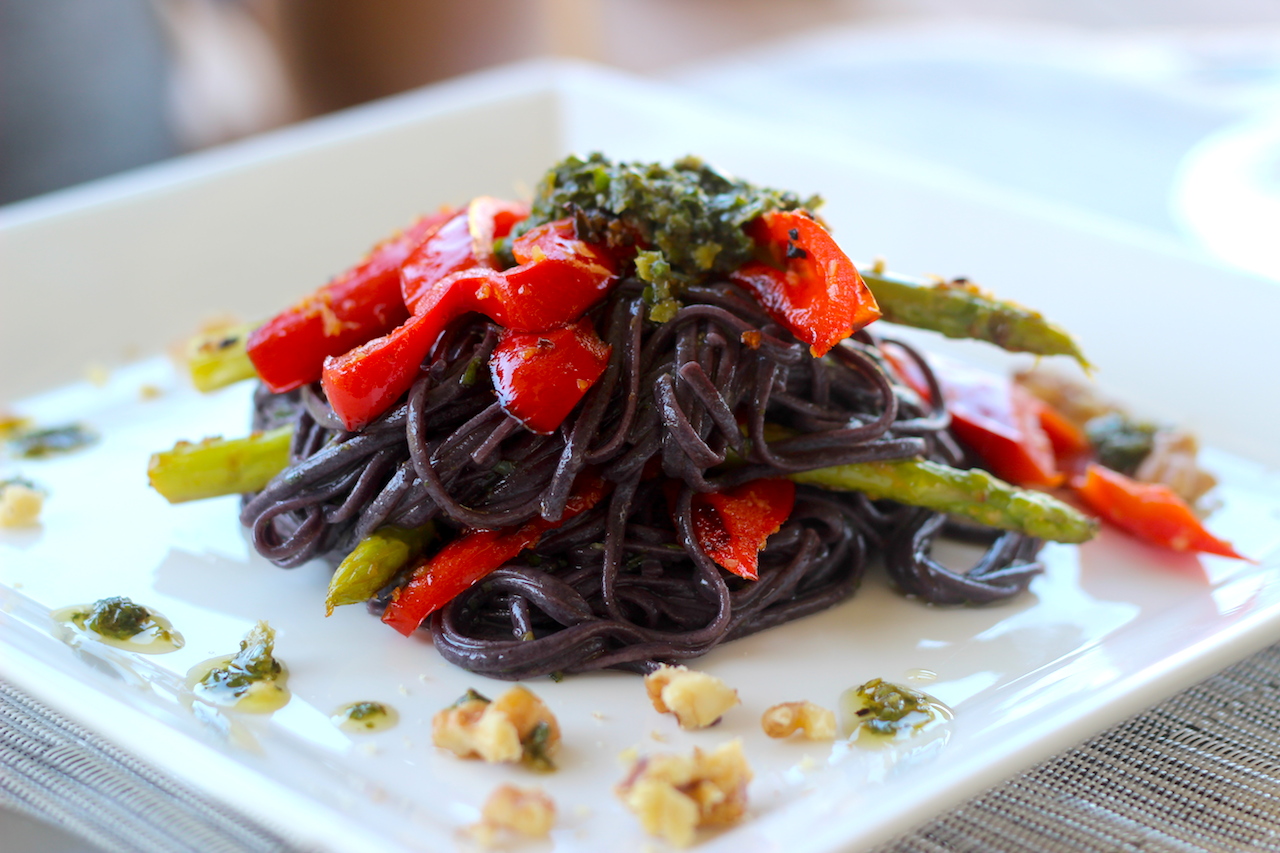 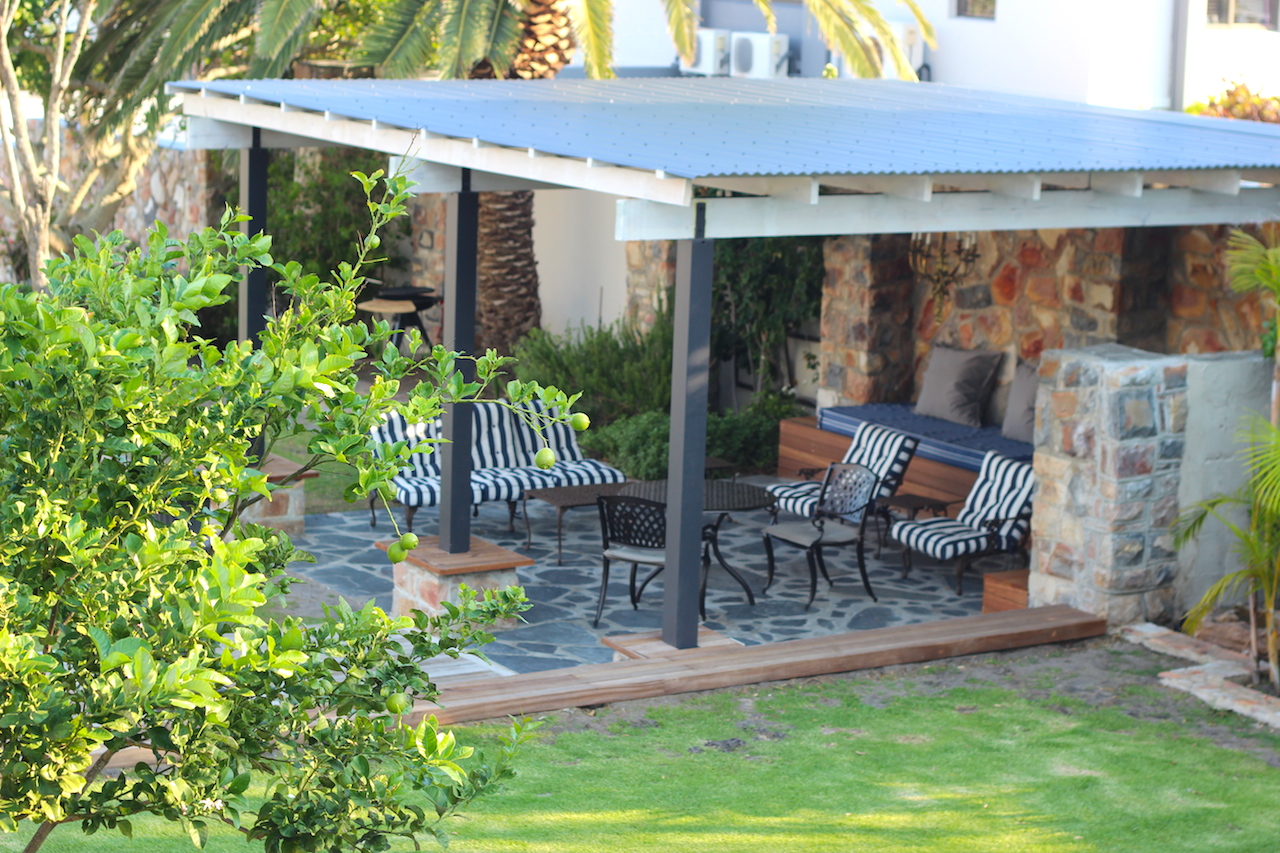 After our leisurely lunch, I may or may not have had a nap, while Luke took a wander down to the cliff path. After a power shower and a quick change, we were ready to head downstairs for drinks.

‘Drinks’ is a leisurely affair at the Gregoire – like everything else that takes place on the property. As it is so intimate, Cindy ensures that each guest’s needs are met. There is no set menu for any meal – simply let her know what you feel like eating, and she’ll make it happen. 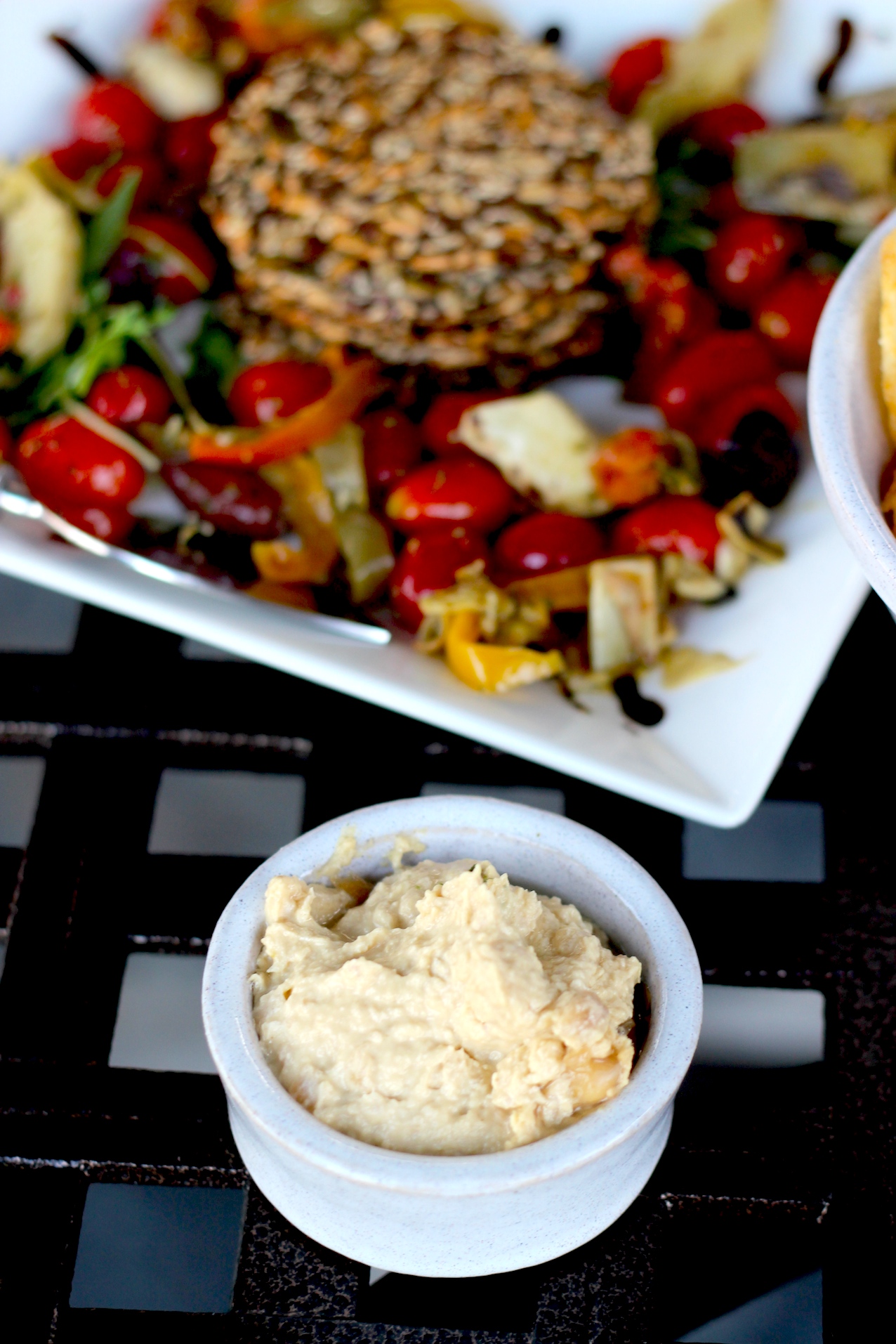 Between the two evenings, I lost track of the number of bottles of wine we opened – I seem to remember no less than eight on the second night, alone. When the evening is breathless, with light gently fading against the mountain and a fire going for ambience, you realise there is no rush. With nowhere to be and nowhere to drive, conversion and wine flow easily. 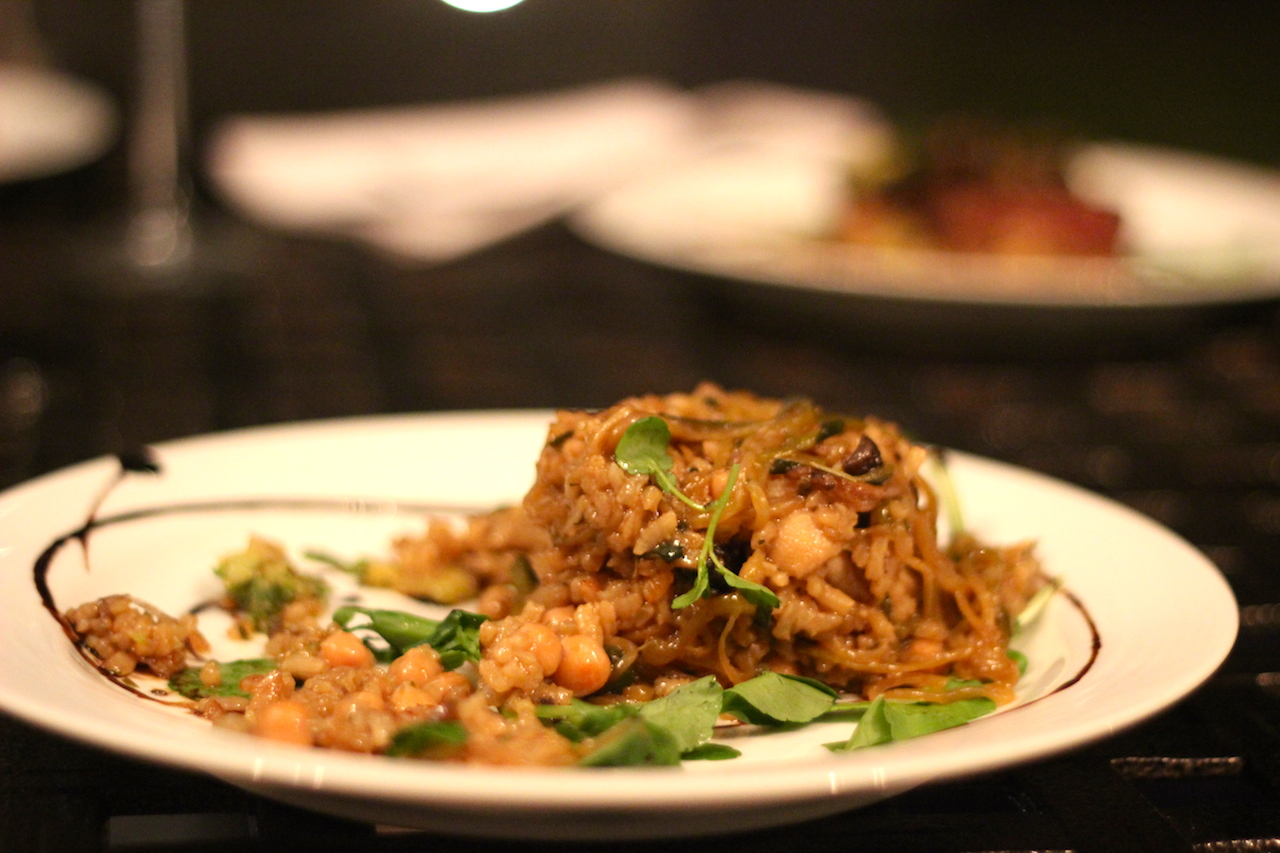 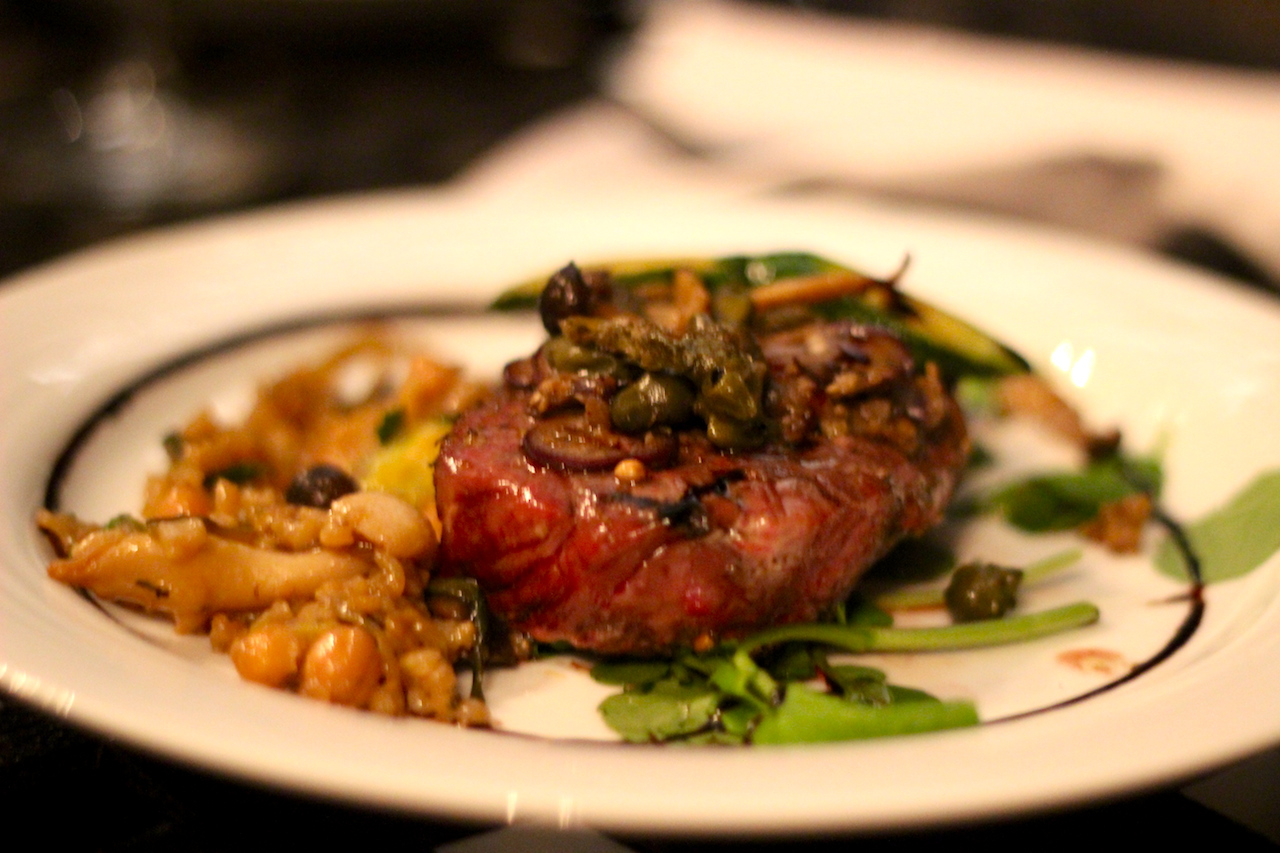 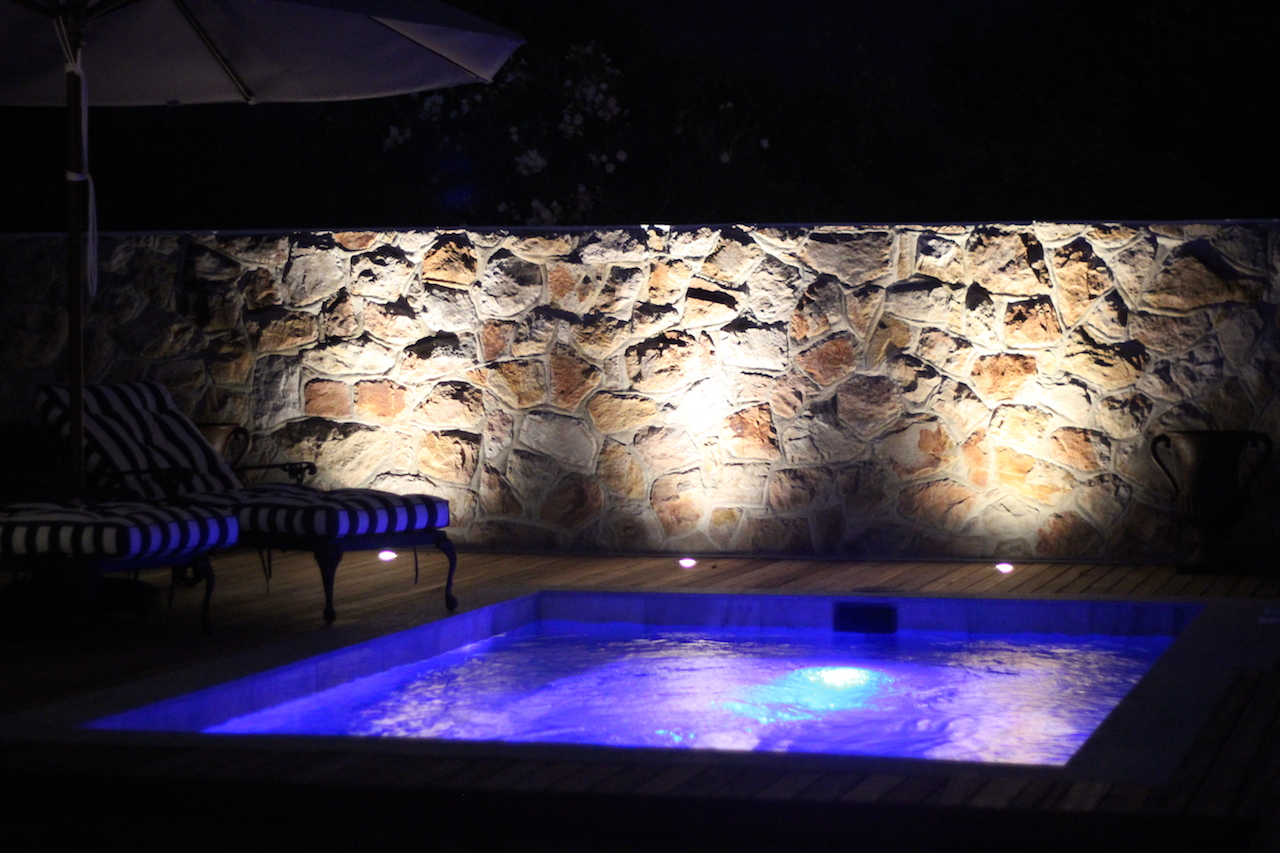 We slept, solidly and soundly. The wine and conversation might have flowed a little too much for the Mr, who headed to bed after 02h00, but this morning, we did have plans. We rose early to meet Walkerbay Adventures and try our hand at sea kayaking. As someone who generally suffers from seasickness, we decided to delay breakfast until after we were back, at 10h30.

Breakfast was very much a case of ‘whatever you feel like’. Luke, who eats mostly vegan at home, made the most of the opportunity and started his day with charcuterie and Fior di latte, followed by homemade, still-warm granola, which he promptly declared the best he’d ever had. 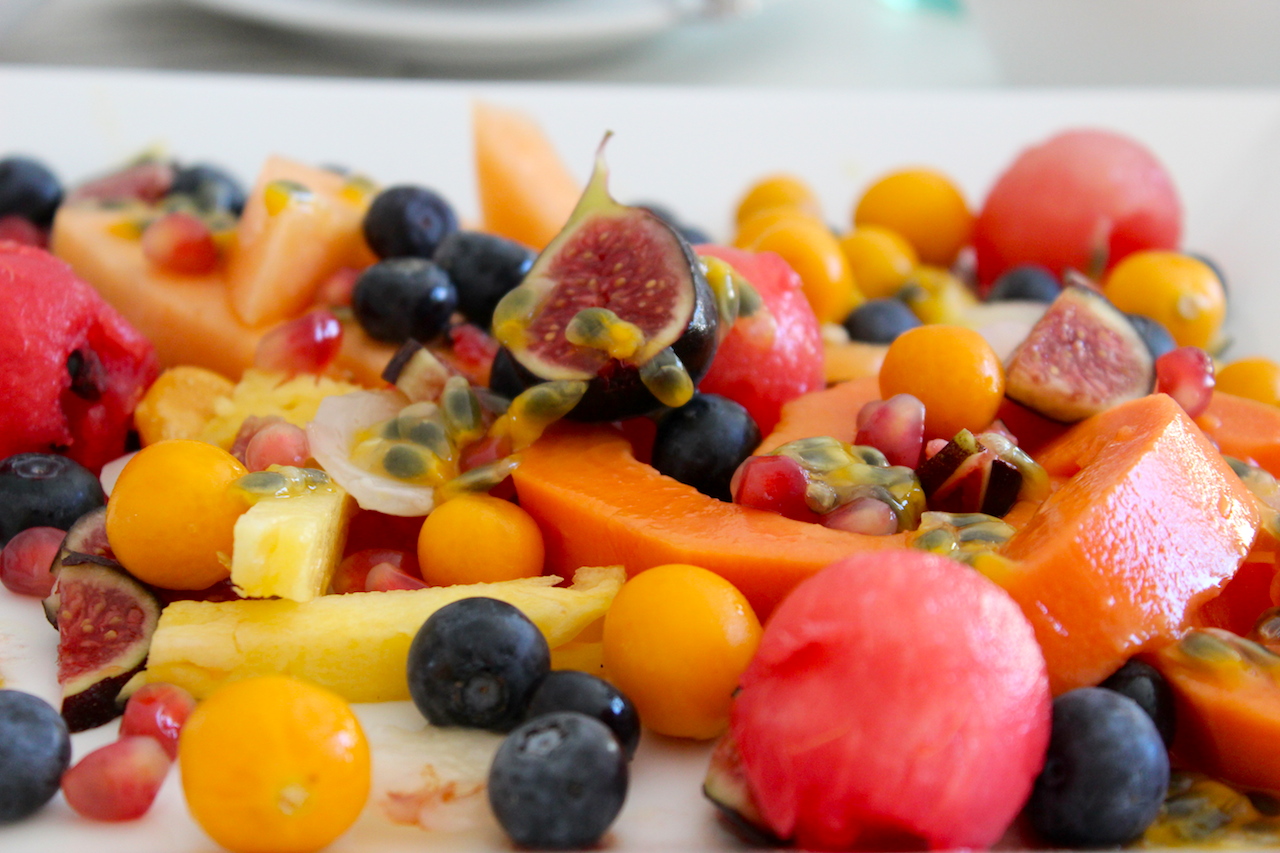 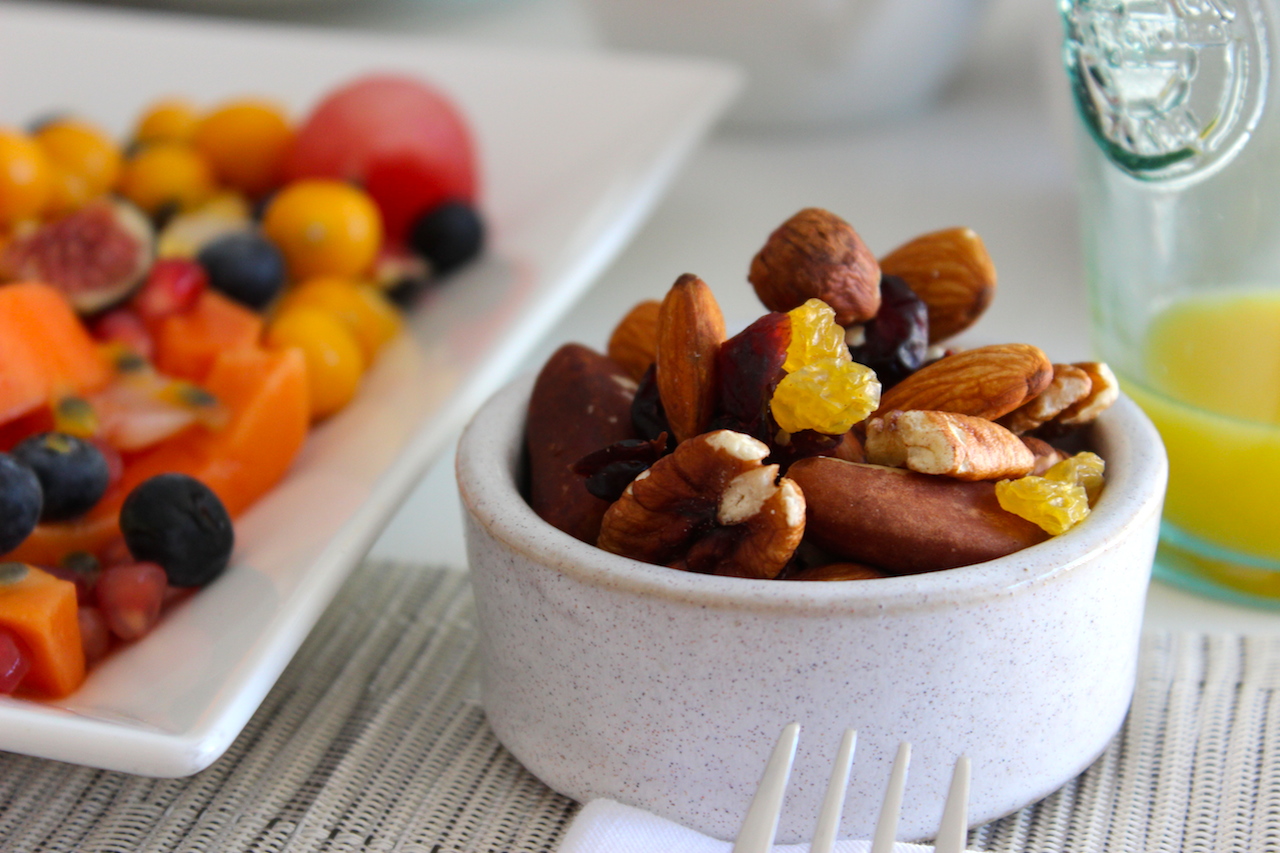 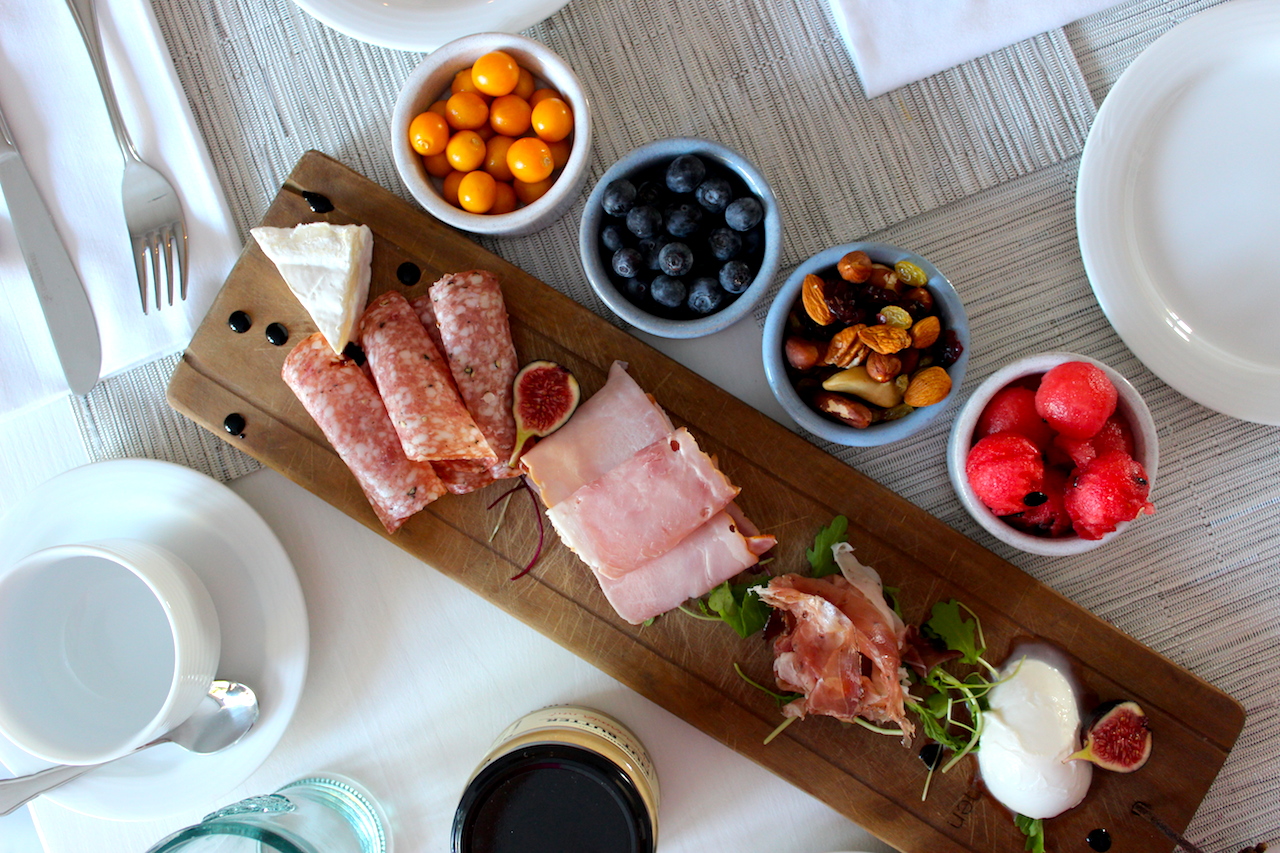 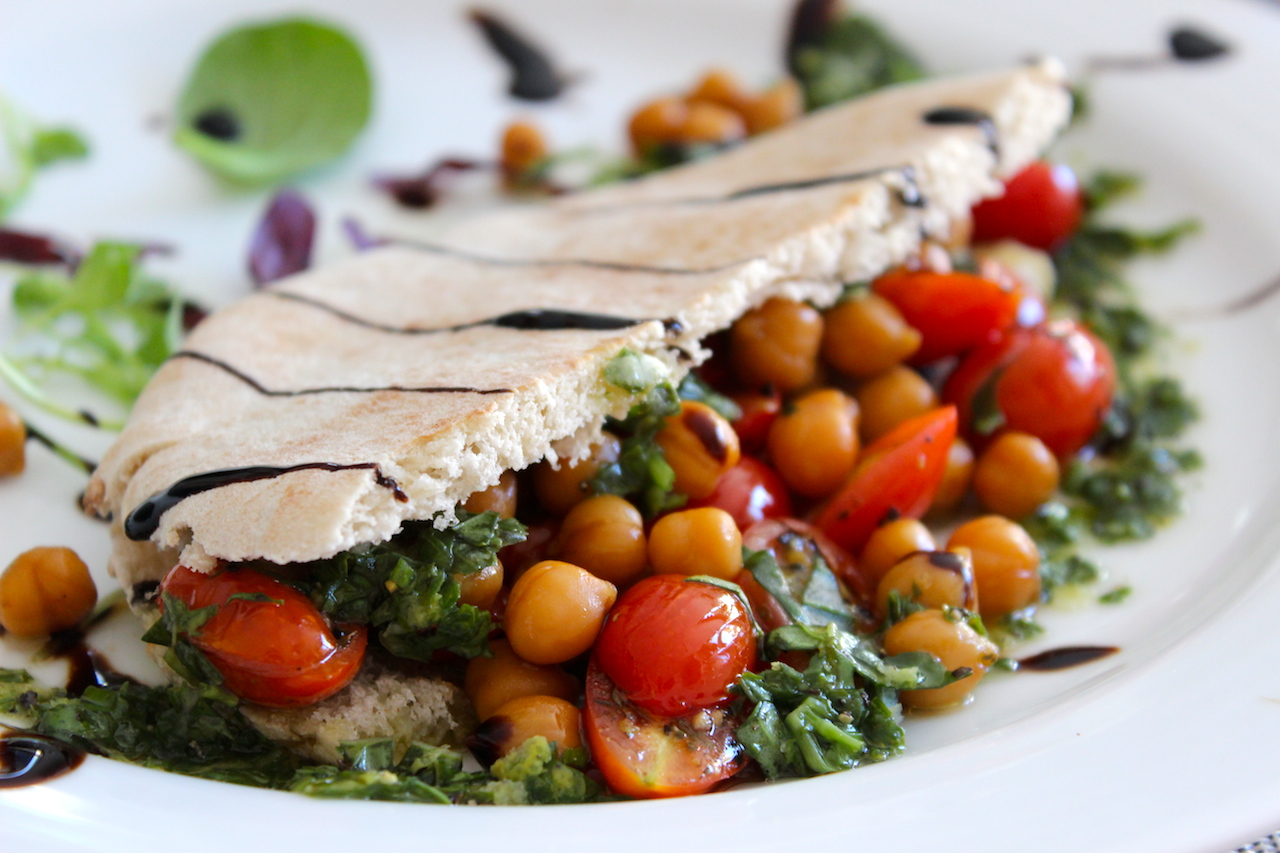 I started with a selection of fresh fruit and nuts, which was followed by a warm, toasted pita, stuffed with roasted chickpeas, blistered tomatoes, basil, homemade pesto and a balsamic reduction. While some holidays make you feel heavy and lethargic, I felt spoiled, but properly nourished and healthy while at the Gregoire.

Given the expansive lawns, nourishing food – and onsite spa – I can easily imagine the Gregoire as an intimate wellness retreat for those wishing to reset, recharge and escape the city. While every element of the hotel was carefully chosen and designed by Cindy, her beauty therapy meant that the spa would be no less carefully thought out. 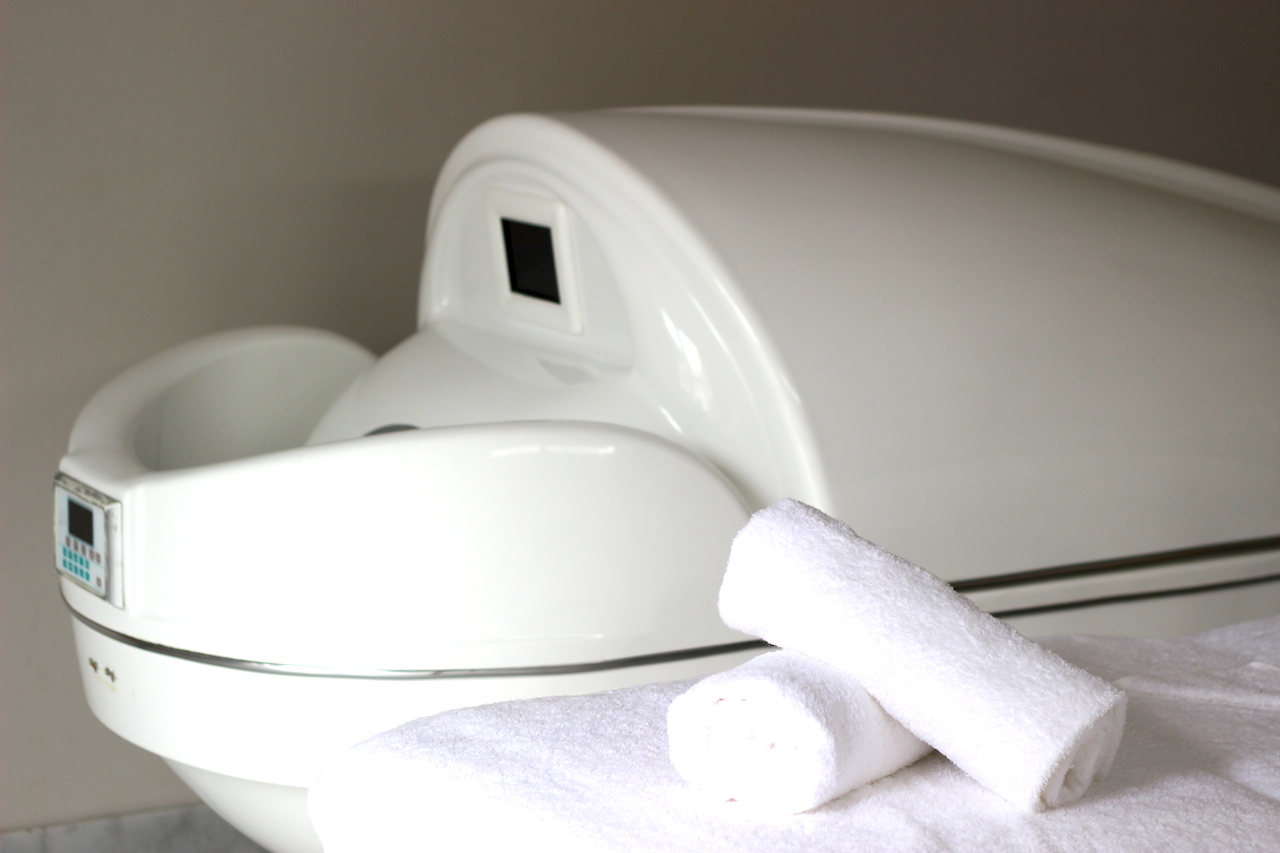 I was treated to a full body exfoliation and vichy shower (something similar to this). After the exfoliation, you lie down in the capsule, with your head peeking out at one end. Once it is closed, pressurised shower heads alternate hot and cold water from your shoulders to your toes. This is said to help products be better absorbed by your skin, reduce toxins and waste and boost your immune system. 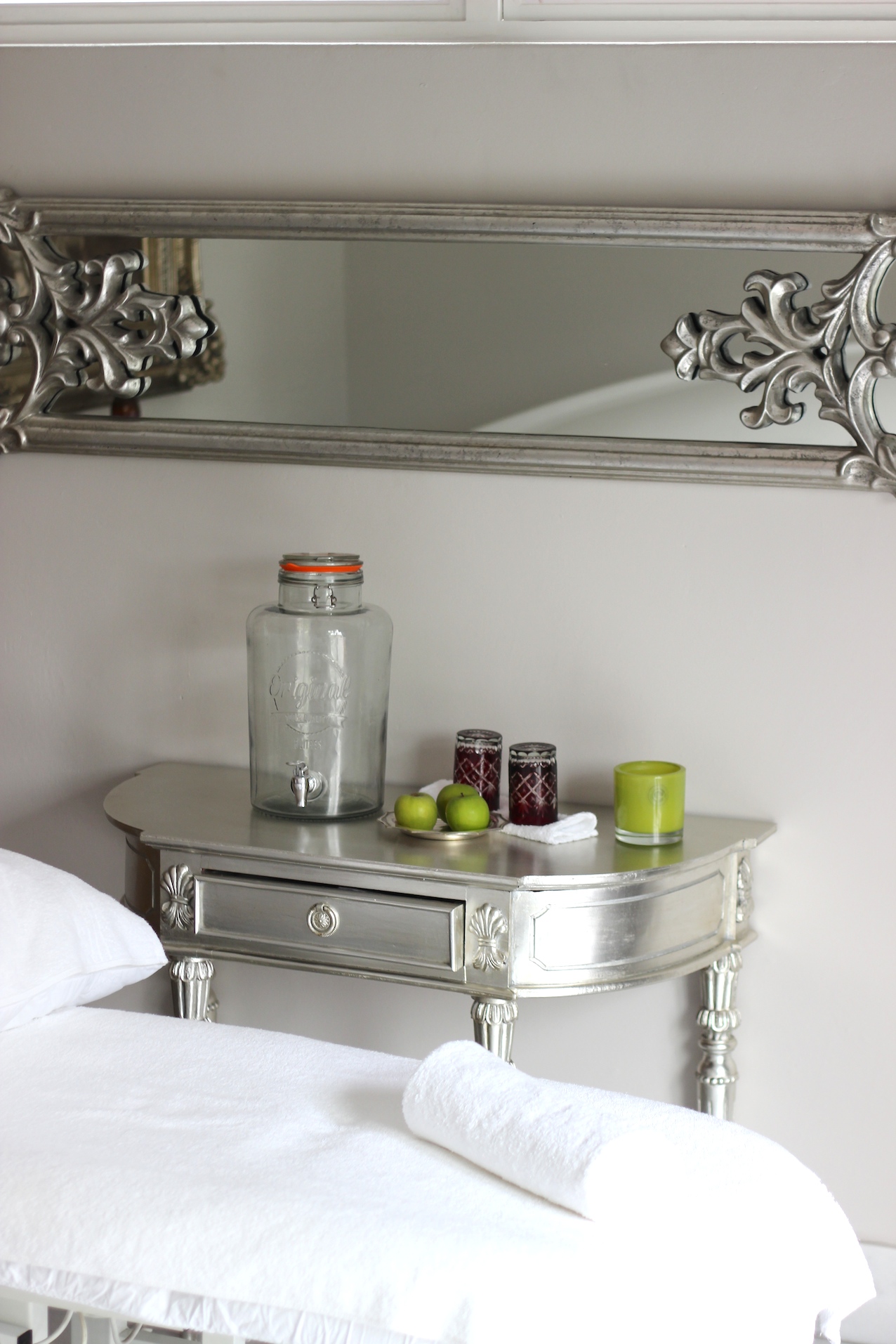 I’ll admit, that as someone who does get claustrophobic, I did have to take a few deep breaths when I first lay down – even though my head was still sticking out. But, after a few minutes I was used to the sensation and stem, and could properly enjoy it. After 25 minutes, I wandered back to our suite, robe and all, and proceeded to half-watch a Harry Potter movie I managed to find showing. Bliss.

When Sunday morning arrived, in all of it’s drizzly, overcast glory, it was time for us to head back to Cape Town. Feeling thoroughly relaxed, and like we had a real ‘break’, we now realise Hermanus’ appeal – and how best to enjoy it.

Note: We enjoyed our stay as guests of the Gregoire Boutique Hotel and Spa. All images and views are my own.

Our trip was facilitated by The Roving Ambassador.

The Schoolhouse at Old Mac Daddy

A night at Tintswalo at Boulders

A day and night at Asara

A weekend itinerary for Graaff Reinet

The Rovos Rail journey from Pretoria to Cape Town