La Prairie’s always been in the same spot in my mind as Hermés and Chanel – aspirational, but likely never something I’d get to experience first-hand.

So, when the invitation landed to join La Prairie for a morning of luxury beauty and bubbles (thanks to GM & Ahrens) at the equally luxurious Cape Grace Hotel, you can imagine that absolutely nothing was going to keep me away. 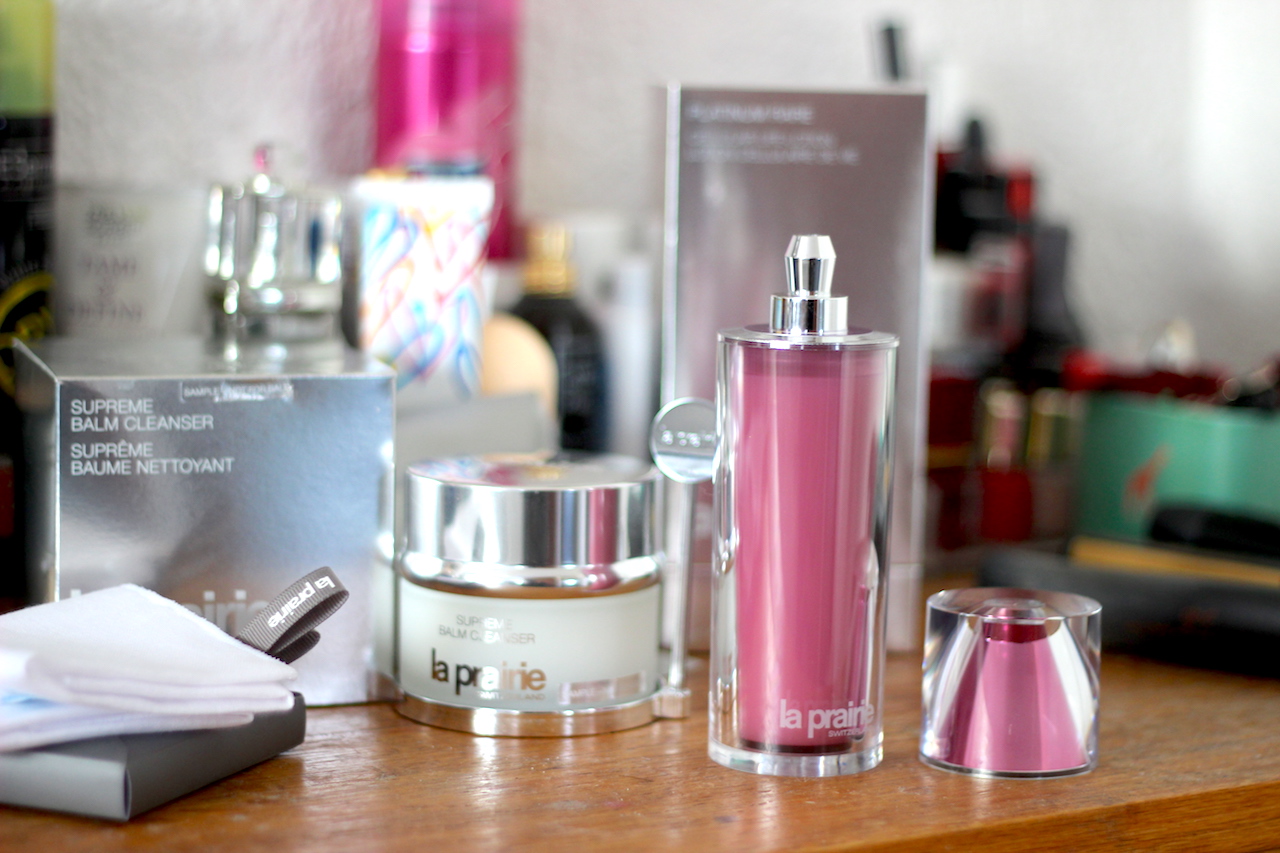 As someone with a daily routine that includes double-cleansing, facial oils and a Hyalouronic acid-filled moisturiser, the seemingly overnight appearance of fine lines around my eyes has left me reeling, so much so that I can’t quite admit defeat and call them wrinkles yet. So, it goes without saying that I was perfectly primed for a skin saviour: Enter La Prairie’s Platinum Rare Cellular Life-Lotion.

Described as “the first step in a new beginning for skin”, the Platinum Rare Cellular Life-Lotion falls somewhere between a moisturiser and a serum – if you follow any Korean skincare enthusiast’s aspirational 10 or 11-step cleansing routine, it would fit in somewhere between an essence and serum. Light and quickly absorbed, it does add moisture, but primarily assists with cellular renewal and detoxification, rather than intense moisturisation. 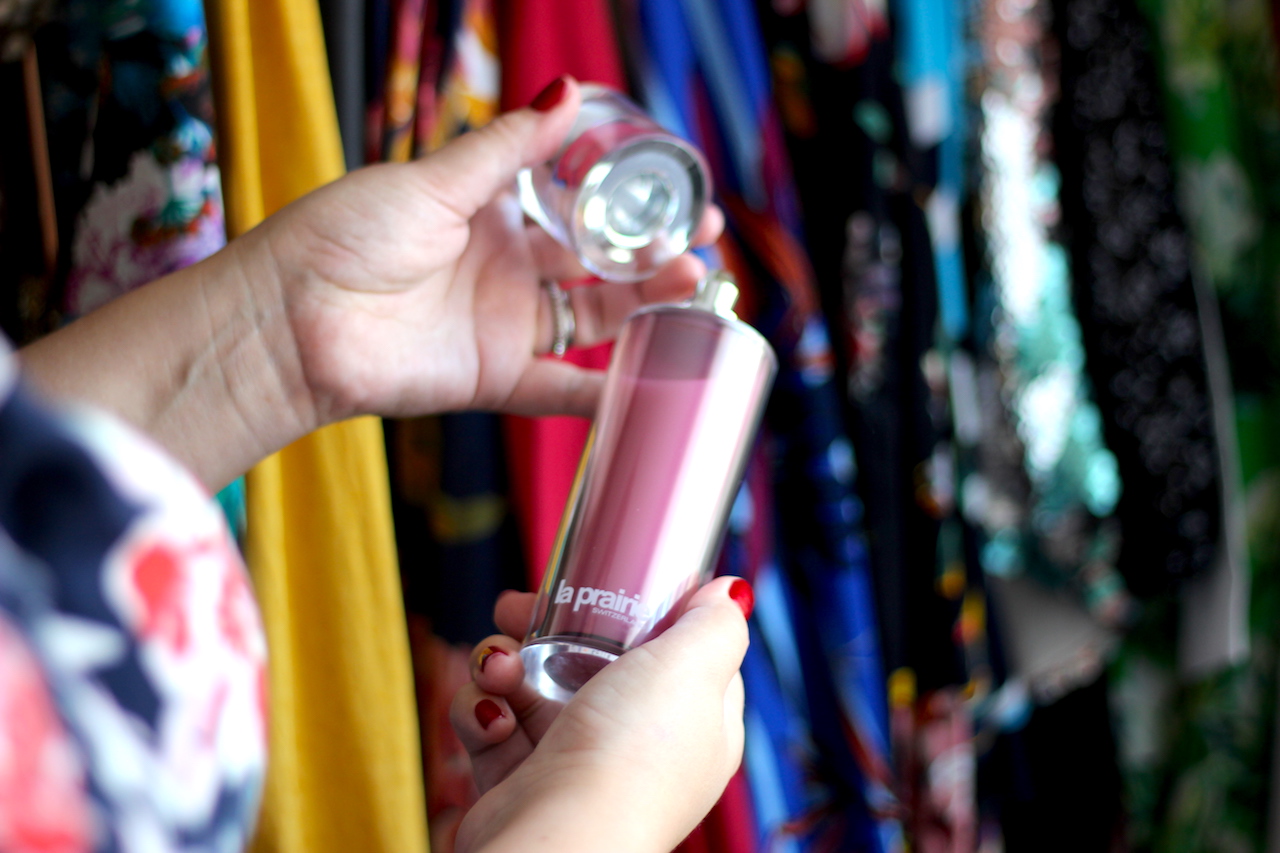 At the launch of the product at the Cape Grace, the La Prairie team explained the science behind the product – taking me back to my high school days of cell mitochondria in biology – so, here’s it broken down a little:

So, what does this actually mean for your skin? Well, I’ve been using both products for just over a month, and at a recent spa function, was told by a few complete strangers how great my skin was – including a spa therapist and cosmetic plastic surgeon. Keeping in mind that you’re looking at the same woman who went on the pill when she started high school to try and keep her breakouts under control, this was never something I expected to hear.

I can absolutely see the difference in the tone and texture of my skin – having barely made a dent in the amethyst-like bottle, I’m excited to see what my skin will look like when the sad day comes that I have to decant the last few precious drops. And, at $655 – or R10 500 a bottle – I’d expect nothing less than fantastic results, to be honest. Am I going to convince you to swap your drugstore tub of R150 moisturiser for this? Probably not. But, if your skincare budget extends to five figures, this is a sure-fire way to make sure you get the results you’re paying for.

It’s no secret that I adore balm or oil cleansers, and have been using one as part of my daily routine for quite some time – so, I was particularly thrilled to hear that La Prairie had also released a Supreme Balm Cleanser as part of their range. 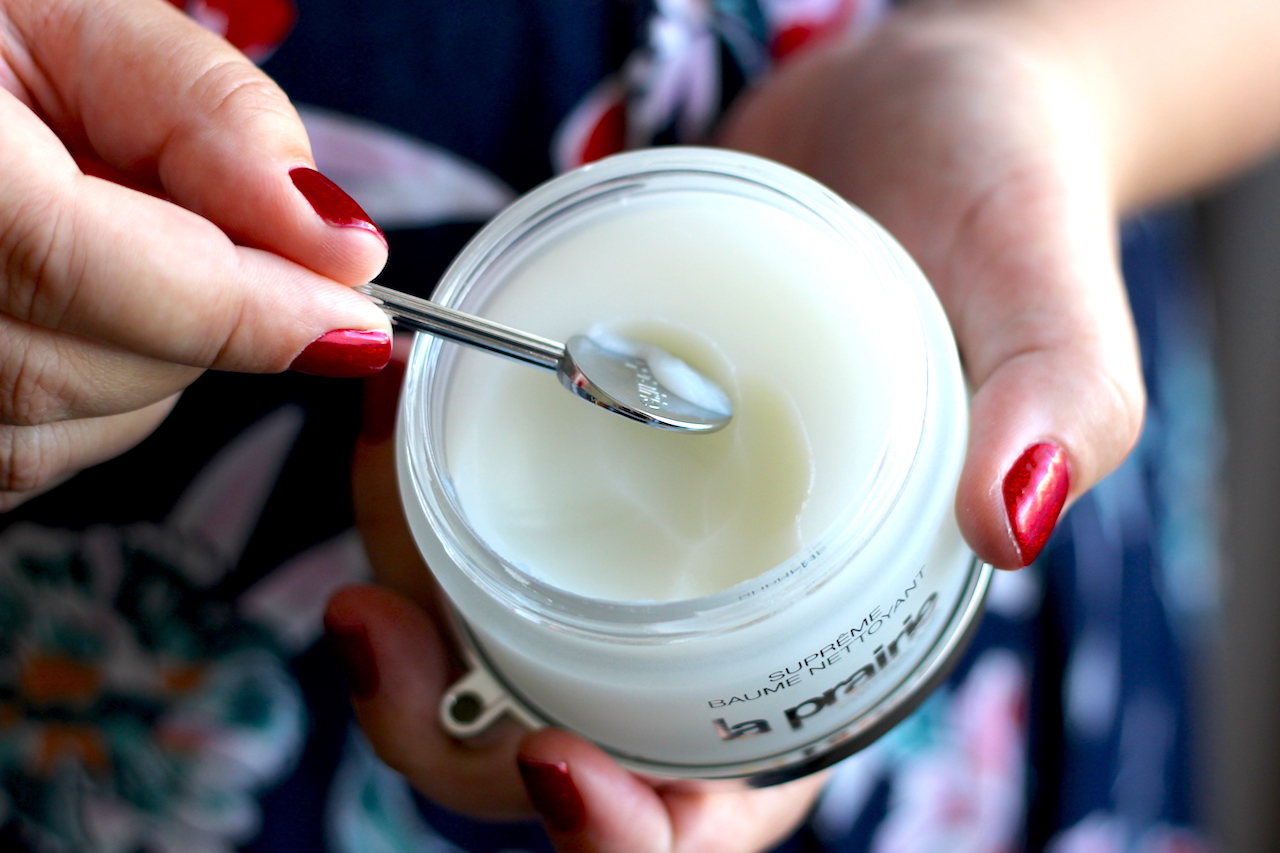 A solid balm that melts as soon as it’s rubbed into your face, it lifts all make-up and dirt, before being emulsified with warm water and wiped away. And, because La Prairie have truly thought of everything (not that we’d expect anything less at this stage) the tub comes with a branded spatula to dispense the balm, and two cotton cloths to rinse your face once done.

Having used a number of oil cleansers before, I was keen to see how this one compared – and, after the first use, I could instantly feel how much softer my face felt – with the provided cloths also providing a touch of gentle exfoliation in the process. The team mentioned that this product wasn’t particularly formulated for waterproof mascara, but, at $155 a tub, I needed to put it to the test. And, let’s just say my waterproof mascara or long-wearing lipstick didn’t stand a chance.

You only need half a spatula’s worth of balm to cleanse your entire face and neck – which means I’ve barely made a dent in this heavy tub after a month. It’s a luxurious product that does what it says – and more. What else could you ask for, really?

Note: Both products were provided as samples for review purposes. All views and images are my own.

Cruise and dine with Waterfront Charters

Exploring with the Cape Town Pass